RICHMOND – Four finalists for the position of president at Paul D. Camp Community College were certified Wednesday by the Ad-Hoc Presidential Certification Committee of the State Board for Community Colleges.

Dr. Cynthia S. Bambara of Warrenton is vice president of student success and associate professor at Lord Fairfax Community College, and is the chief administrative officer of the Fauquier Campus and the Luray-Page County Center, positions she has held since 2004.

Previously, she served as director of student services at Lord Fairfax from 2001-2003 and as counselor and student services specialist prior to that. She first joined the college in 1992, and also spent time as a counselor at Northern Virginia Community College.

She holds a doctorate in community college leadership from Colorado State University, a master’s in education from the University of South Alabama in Mobile, and a bachelor’s degree from Juniata College in Huntingdon, Pa.

Dr. Paul W. Conco of Bristol is vice president for financial and administrative services and professor at Virginia Highlands Community College, a position he has held since 2001.

Dr. Claudia Morris of Ahoskie, N.C., served as vice president for planning and advancement of Roanoke-Chowan Community College in Ahoskie from 2002 to 2006.

She also served as acting president of the community college during April 2005, and served as executive vice president, dean of curriculum instruction, director of the allied health division, and as a nursing instructor at Roanoke-Chowan in a career there that began in 1981. Prior to that, she served three years as a public health nurse.

Dr. Don Pearl of Sterling, Ill., is academic vice president of Sauk Valley Community College in Dixon, Ill., a position he has held since 2007.

He previously was the dean of academic affairs and associate professor of physics at Georgia Perimeter College in Clarkston, Ga., from 2001-2007. He previously served as a chair of the department of science at Georgia Perimeter. He was an associate professor of physics at Northern Virginia Community College in Annandale from 1997 to 1999.

Finalists will be invited to interviews with the Paul D. Camp Community College local board and other college groups later in March and early April; the chancellor hopes to make an appointment in early April. The new president will replace Dr. Doug Boyce, who is retiring as of June 30, 2010. 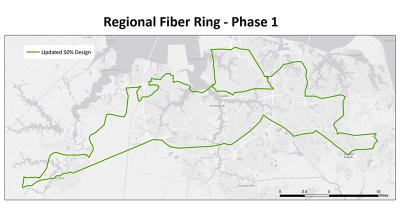 Recycling for the economy