Construction of the new Obici Healthcare Foundation headquarters is nearly complete, but the process for getting tax-exempt financing for the project is just beginning.

On Wednesday, the Foundation received approval from the Economic Development Authority to apply for up to $2.2 million of 10-year tax-exempt bonds for the project. The Foundation initially financed the 6,900-square-foot building with a construction loan through SunTrust Bank, but now is looking for a more permanent financing option that will save the Foundation money in the long run, said Mike Hammond, the director of finance for the Foundation.

The Obici Foundation was officially established in 1985 to oversee the money Suffolk philanthropist and Planters Peanuts founder Amedeo Obici left after his death. The Foundation used a substantial portion of the trust funds to build a new hospital in Suffolk in 2002.

When the hospital was merged into Sentara Healthcare in 2006, a new private foundation, the Obici Healthcare Foundation, was formed. Sentara gave a cash gift that more than tripled the Foundation’s endowment.

Since that time, the Foundation has given grants to numerous organizations that met the needs of medically indigent and uninsured people.

For an organization to get tax-exempt status on a loan, the move must be approved by the Economic Development Authority and by City Council. The request will go to City Council in a later meeting.

The organization is applying for tax-exempt status in order to get a lower interest rate on the loan, Hammond said. Instead of using all of the Foundation’s assets in cash to do the construction, the Foundation now can pay the loan back over several years and see little impact on its ability to provide grants, he explained.

The EDA voted 5-0 to approve the loans and send the matter to City Council. Two members of the Authority abstained from the vote — Cynthia Ferguson because her son works for SunTrust Bank, and Stacy Lewis because he has been involved with the project.

Also during the meeting, the Authority nominated and approved its officers for the coming year. Harold Faulk, chairman, and Ferguson, vice-chairman, were nominated to continue in their roles, and Lewis was nominated for secretary-treasurer. That role had been filled by Johnnie Edwards, who recently died. 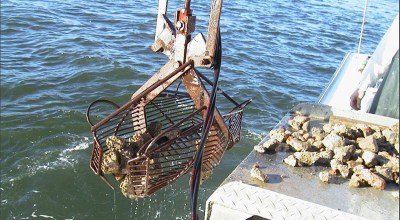