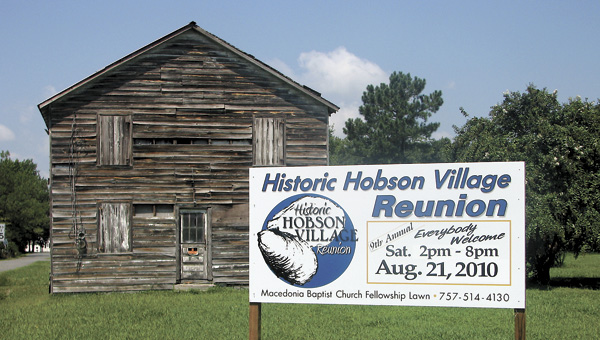 Hobson: The Historic Hobson Village Reunion, initially planned for today, could be canceled because of a lack of a special events permit.

A Hobson event that was planned, canceled and then planned again at a different location may get canceled again.

The city requires a special events permit for functions to which the public is invited, and none has been issued for the Hobson Reunion, originally planned for today.

“At this point, there is no special events permit issued for the event that was scheduled,” city spokeswoman Debbie George said, confirming that the permit would be required, even if the event were held at someone’s home.

“If anyone were to have an event that is open to the public, they would have to have a special events permit,” she said.

Event organizer Mary Hill said she would try to host the event in her mother’s backyard after her preferred location, Macedonia Baptist Church’s grounds and fellowship hall, became unavailable to her. The trustees of the church apparently nixed the event after learning that the pastor had approved it without consulting them.

“I consider it a family reunion,” Hill said.

“The event does not benefit the church,” church treasurer Alex Denson said at Wednesday’s City Council meeting, when several community members arrived to voice their concerns about the event.

The dust-up over the event follows months of infighting among members of Macedonia Baptist Church, which has included disturbances during church services, visits from police, arrests and an election of officers being overseen by the Circuit Court.

Put on your hat for a cause