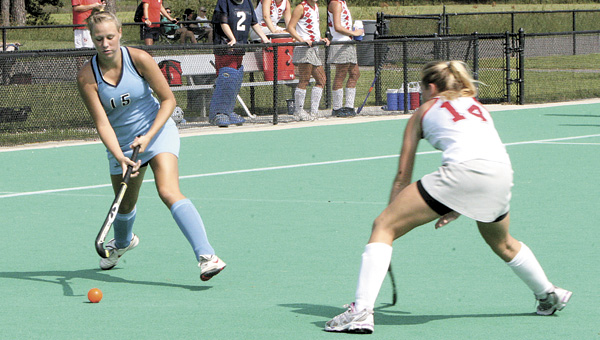 VIRGINIA BEACH – Lakeland advanced through the first two rounds of the Salem Invitational field hockey tournament with an 11-0 romp over Kempsville and a 4-1 victory over Maury Friday at the U.S. Field Hockey National Training Center.

In the opening match, Taylor Young led the Lady Cavaliers with four goals. Lakeland removed any drama with a run of three goals in less than four minutes midway through the first half.

Later in the afternoon, at least compared to Lakeland’s first two wins this season, the Lady Cavaliers were tested a bit by the Lady Commodores. Kendell Combs broke the ice 13 minutes into the match and the Lady Cavs still outshot Maury 14-4.

Lakeland plays in the semifinals of the 16-team tourney at 11 a.m. Saturday at the National Training Center.

Lakeland led 5-0 by halftime against Kempsville. Kelsey Smither opened the scoring in the fifth minute, slapping in a low, hard shot that was Lakeland’s third crack on goal off of a penalty corner.

The Lady Cavs continued playing the whole game in Kempsville’s end of the field and Summer Parker, a newcomer to the varsity team, scored, deflecting a hard drive from Combs, to make it 2-0 in the 12th minute.

Young got her first goal two minutes later. Lakeland kept going with Jennifer Hedrick and Combs scoring late in the half.

In the second half, Lakeland put away a pair of goals within 45 seconds of each other on two occasions. Combs finished with two goals and two assists. Parker had three assists. Jillian Bates and Kasey Smith scored a goal each in the second half.

It took more work against Maury, but the Lady Cavs (3-0) took the lead when Smither and Combs teamed up for a great-looking goal.

Smither dribbled from midfield into the top of the Maury arc. While splitting two defenders, Smither flicked a pass to Combs, a few strides away in the arc, and Combs sent a backhanded shot past the keeper for the goal.

Young scored her fifth goal of the day late in the half, redirecting a hard shot by Combs high into the Maury net.

Smither smashed a low drive off a penalty corner and Megan Johnson’s assist to put Lakeland up 3-0 five minutes after halftime.

Tollie Bell converted a rebound into a Maury goal in the 33rd minute, but the Lady Cavs answered two minutes later with Brittany Milteer sweeping a pass by Smither into the goal from near the left post.

Maury forced the Lady Cavs to play some stretches in its own half. The Lady Commodores showed very good speed all over the field.

“A lot of times we can get sort of complacent. We get the ball and can simply bring it right back up, our mids get out of the habit of recovering back like they should,” Worley said.

It’s been only three matches, but Worley likes a lot about her team as it tries to build off a state semifinal finish last season.

“I’m honestly happy with where we are. I didn’t think we’d be where we are right now,” Worley said. “I already know I can sub players in and out and not lose any strength on the field. That’s new for us.” 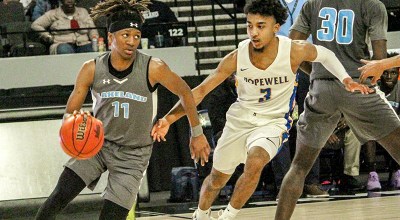 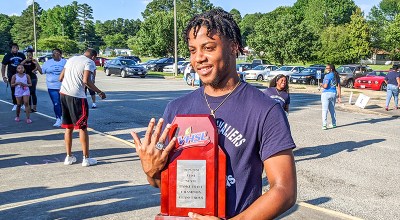