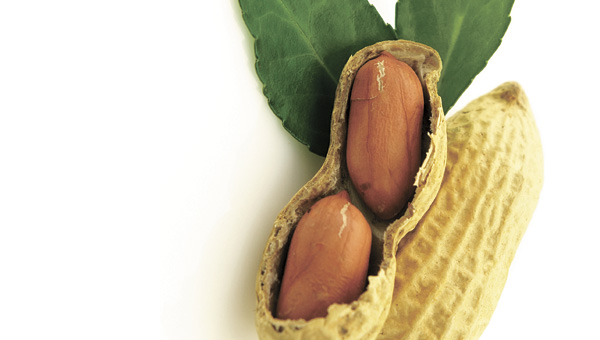 How can something so small be so important? How can a single crop grow up to mean so much to one small town?

The peanut may be small in stature, but it is oh-so-large in impact. From the days of the first crop through the heyday of the peanut industry to today’s operations, the peanut has etched itself firmly into Suffolk’s history.

Today, the peanut industry is no longer the single driving force to the economy of Suffolk, but that does not stop Suffolkians from taking pride in it. Witness the “NUT” stickers that many place on their back windows or the opportunity to pose for a photograph inside a peanut at the Suffolk Center for Cultural Arts. And, be honest, when you have guests in town, you just have to take them to see the Mr. Peanut statue in downtown.

October once again marks the annual Peanut Festival, where, for a few days, people from Suffolk and people who are just visiting Suffolk all will take pride in “going nuts.”

This section honors that Peanut Festival and the mighty legume that inspired it.

For the past three decades, the Peanut Festival has been Suffolk’s time to shine. The city’s local businesses, community groups and citizens all come together to put on a weekend-long show to celebrate the city’s favorite crop.

This year will be no different.

“With all the volunteers and the sponsors we have, we are putting together a great event for everyone to enjoy,” said this year’s co-chairman Charles Gregory. Gregory and fellow co-chair Kenny Smith have been longtime Peanut Fest volunteers — together they have more than 30 years of Peanut Fest experience. Gregory said they are not only honored to serve as co-chairs of the event, but specifically because of this year’s theme.

Gregory said this year’s theme “We’re Nutty About Friends and Family” is a perfect summation of the Peanut Fest experience.

“We have always been focused on good family fun at the Peanut Fest,” he said. “Family and friends come out and have a good time together. Hopefully, everything will be interesting enough to bring everyone out again this year.”

The 33rd annual Peanut Fest will kick off Thursday, Oct. 7 and continue through Sunday, Oct. 10. The festival will take place at the Suffolk Executive Airport, and is expected to bring in more than 200,000 people during its four-day run.

If the tiara fits

Thinking about peanuts does not normally conjure images of perfectly manicured hands, flowing ball gowns or a bright, sparkling tiara.

However, the annual Queen’s luncheon easily pairs legumes with luxury when it honors the Peanut Queen and her Peanut Princesses.

The young women are asked about their community involvement, school participation and extracurricular work. Additionally, they are asked to complete an essay, which is judged by a variety of local community leaders.

“So many different people put so much into Peanut Fest. It’s really amazing to see how it all comes together,” said last year’s Peanut Queen Elizabeth Scott. “I felt really honored to get to represent the community and the Peanut Fest, and it made me appreciate my community a little bit more. I think that’s going to be an experience that’s going to stay with me my whole life.”

This year, the following princesses will vie for their chance at the crown: from Lakeland, Meagan Johnson and Hannah Joyce; from King’s Fork, Jennifer Humphrey and Whitney Nichols; from Nansemond River, Kalea Laverette and Ashley Key; from Nansemond-Suffolk, Morgan Duplain and Ciara Viola; and from First Baptist, Meredith Overton and Katelin Jones.

This year’s Queen will be announced Thursday, Sept. 30 at the Queen’s Luncheon and Fashion Show at the National Guard Armory.

Free concerts? Without a doubt.

Is there one specific event or big draw that people are most looking forward to? It’s hard to say.

“Definitely good weather,” said Suffolk Peanut Festival’s co-chairman Charles Gregory. “Outside of that, we have such a wide variety of things to do that there is something for everybody who comes, ages 5 to 65, to enjoy themselves.”

This year’s festival will boast many of the fan favorites of years past, including a horseshoe competition, fireworks show, Bingo games, amusement rides and games, a demolition derby, a truck and tractor pull, the Swamp Roar motorcycle ride, a peanut cook-off and the commercial and arts and crafts exhibitors.

There also will be constant free entertainment on the festival’s three stages, the Budweiser Main Stage, Harvest Family Stage and Peanut Lounge.

Many acts are lined up for the weekend, including southern rock band Molly Hatchet on Friday night, English rocker Brian Howe on Saturday night and country singer Tracy Lawrence, who has been tapped as Sunday afternoon’s closing performer.

Lawrence has such hits as “Sticks and Stones,” “If the Good Die Young” and “Find Out Who Your Friends Are.”

Above all, though, Gregory said the weekend’s various events will help bring the community together for a great time.

“There is a good family atmosphere out here,” Gregory said. “You can feel safe, have a good time and bring the kids out for some good fun.”

The Peanut and suffolk

For one crop to have a festival dedicated to it for 33 years, it must be pretty relevant.

And despite changes in the industry, the peanut is still important to Suffolk.

At one time, peanuts were the leading crop for the city.

Amedeo Obici opened a processing plant for Planters Peanuts in town, Mr. Peanut was born here and Suffolk soon earned the moniker “The Peanut Capital of the World.”

But today things are different.

“It’s a ‘has-been’ crop” said Carson Ashburn, a Suffolk farmer and director of the Virginia Peanut Growers Association. “As far as growers are concerned, we are on the downhill side.”

Ashburn said farmers still grow peanuts locally on about 3,000 acres a year, but the goober’s glory has waned during the past decade.

“The whole city of Suffolk thrived on peanuts and the peanut industry,” he said. “Suffolk is still hanging on, but it’s nothing like eight to 10 years ago.”

Ashburn said a combination of factors have led to the peanut’s drop in production, especially the government’s drop of mandatory minimum prices on the peanut crops.

“The price of peanuts went down, and that was all she wrote,” Ashburn said. “It’s an excellent crop, and some will always be grown. The peanut in Suffolk still has a future, but it’s not the brightest future in the world.”