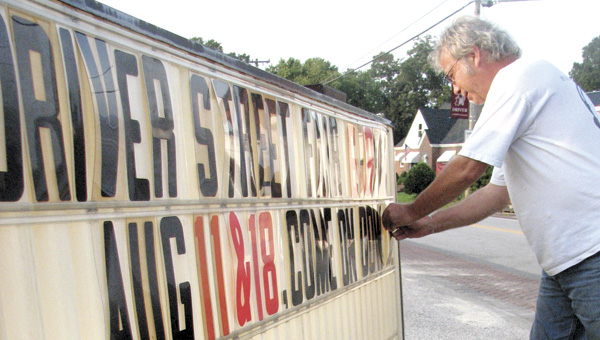 Street Fair: Gregory Parker, owner of Arthur’s General Store, has helped organize the Driver Street Fair this summer, which is being extended into August. It’s free to come and participate, if you have a hobby or interest you’d like to share with others. Call Parker at 538-3810.

Break out your favorite Hawaiian shirt and flips flops and join the party in Driver, where the streets will be decked with tiki torches and attendees will be greeted with a lei on Friday.

As an end-of-summer celebration, business owners on Driver Lane are going Hawaiian and hosting an End of Summer Beach Blast and After Work Party Friday from 6 to 10 p.m.

“It’s our first year doing this, but we hope it’ll be a blast,” Arthur’s General Store owner Gregory Parker said. “I’ll be a family friendly atmosphere, and we just hope everybody comes out to celebrate the end of summer.”

The party will include a pig roast and free frozen drinks with games and music.

“More than enough cornhole will be around,” Parker said, and music will be provided by the Tiki Boys and Treehouse.

“There may be a few more surprises coming out of the woodwork, too,” Parker added.

The party is an extension of the village’s Driver Street Fairs that began earlier this year, with music, classic cars and locals coming out to enjoy it all.

The fairs were extended from the end of July through August, and the blast is to be the final hurrah before the end of summer.

“The economy these days is tight, tight, tight,” Parker said. “This is just something homegrown, something you’ve got on hand, that you enjoy doing. It’s nothing complicated. It’s just something fun and free to do on a nice summer night. You don’t have to feel guilty about going out or bad that you didn’t. Just come out and enjoy your own community.”

Besides a good time, good food and good company, those attending also will have the opportunity to register to win a 32-inch flat screen television, to be given away at the Driver Days fall festival at the end of October.