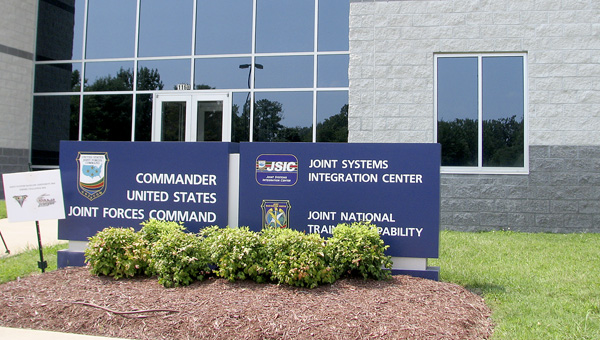 The jobs directly or indirectly related to the U.S. Joint Forces Command in Hampton Roads generate about $600 million in personal income throughout the region, says a report from the Hampton Roads Planning District Commission.

Of the 10,800 jobs the command generates, about 5,650 are direct employees of JFCOM. Most of those jobs are “high value-added occupations that pay salary and benefits exceeding region wide averages,” the report states.

The command, which is headquartered in Norfolk and has locations on the Peninsula and in Suffolk, employs more than 6,300 at its three locations, including more than 2,200 in Suffolk. Its duties include training war fighters to work jointly with those from other services and other countries in the field.

Defense Secretary Robert Gates has recommended closing the command, along with a number of other measures, as cost-saving initiatives for the nation’s military.

The economic distress caused by JFCOM’s closure, however, would stretch far beyond the command’s own employees, officials say.

An additional 5,150 jobs are created through activities related to JFCOM’s presence.

“The income that is generated by JFCOM employment quickly flows through the regional economy by way of the expenditure circuit, which is important as consumption constitutes 70% of Gross Regional Product,” the HRPDC report states.

An earlier report from the city estimated Suffolk could lose up to $4 million in tax revenue in the event of a complete closure of JFCOM. In addition, the early results of an industry survey indicate that at least 15 Suffolk-based modeling and simulation contractors work with the command, and those contractors employ roughly 2,000 people. Of those, an estimated 600 employees live in Suffolk.

“A decline in regional consumer spending will prove problematic, as consumption typically provides the path out of a recession,” the HRPDC report says. “Retail spending and fixed residential investment (building homes) have restarted regional economic growth in most post-war recessions, and with prolonged weakness in both sectors, the region will either need to develop manufacturing/service exports, or remain dependent on federal dollars.”

A chart in the report showed that health care ranks highest among consumption spending related to JFCOM, accounting for nearly $70 million annually. Recreation is next highest, with roughly $56 million.

Following are transportation with $48 million; financial services with $47 million; housing with $37 million; and pharmaceuticals, groceries, furniture, clothing and computers, all of which combine for about $106 million.