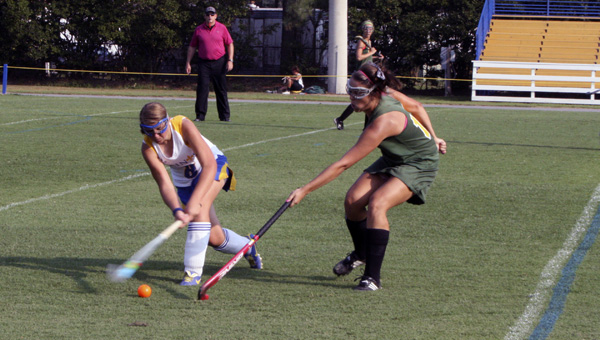 Nansemond-Suffolk’s Emily Lewinski winds up to clear the ball out of NSA’s half of the field during Thursday’s match against visiting Bishop Sullivan Catholic. Bishop Sullivan won 2-1 in a non-Tidewater Conference game.

The Lady Saints, coming off a 4-3 win at Norfolk Collegiate Tuesday, steadily attacked for a tying goal through the last three minutes of play and had a penalty corner, their 13th corner of the match, after the clock hit zero.

A whistle for a foul against the Lady Saints ended the play before they got a shot toward goal and that was the final action of a 2-1 win for Bishop Sullivan.

NSA kept most of the play and piled up a 9-3 advantage in shots and an 8-3 margin in corners in the first half, but the Lady Crusaders struck for the first goal in the 20th minute.

A rash of Lady Saint corners late in the first half finally paid off with less than two minutes remaining.

Emily Lewinski put the ball into play, passing to Liza Bart Dolan near the top of the Lady Crusader arc. Dolan’s shot deflected off a Bishop Sullivan defender to the right wing and Kelsey White. White sent a rolling, but hard, shot just inside the far post for the goal.

Bishop Sullivan took over most of the possession and attacking in the second half. It paid off quickly with a goal in the 36th minute that turned out to be enough for the victory.

NSA managed no shots and no corners through 15 minutes of the second half.

NSA’s defense and goalkeeper Megan Luning hung on through a big stretch of Lady Crusader attacking roughly from 12 minutes remaining down to six minutes to go. Luning made four of her six saves during this stretch, keeping the margin at one goal.

Following an NSA timeout with 6:06 left, the Lady Saints showed plenty of fight in the last few minutes, but it didn’t equal a goal.

From a corner play as the clock ticked under 0:30 left, White sent a hard drive on goal but Bishop Sullivan’s keeper met it with a kick save. The save brought up a whistle though for another corner that proved to be NSA’s last chance of the match. 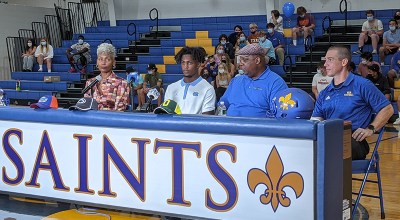 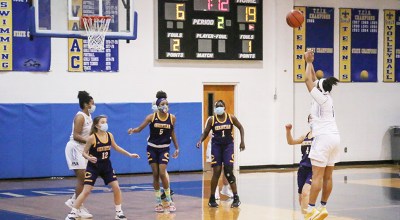 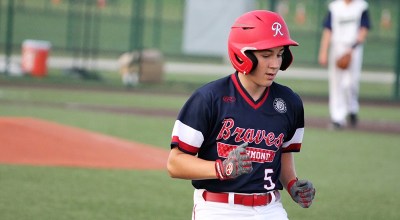