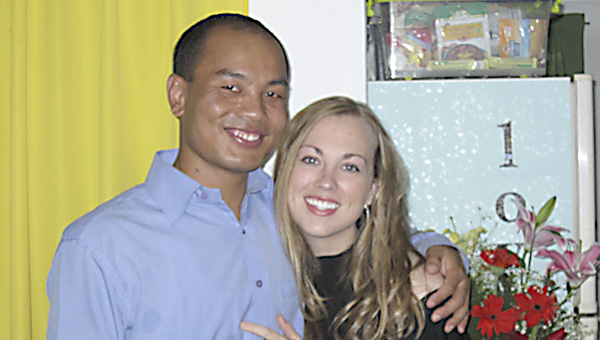 Frank and Sharon Patterson, of Sedley, announce the engagement of their daughter, Mattie McKay Patterson, to Zekotsolo Wezah, of Nagaland, India.

Zeko is the son of Hiwete Wezah and Wepetsu-u Wezah. He is a graduate of Kohima Science College and North-Eastern Hill University. He holds a Bachelor of Science degree and a Master of Anthropology degree. He is presently in his final year at the Philippines Baptist Theological Seminary in Baguio City.

Crusaders air it out past Saints