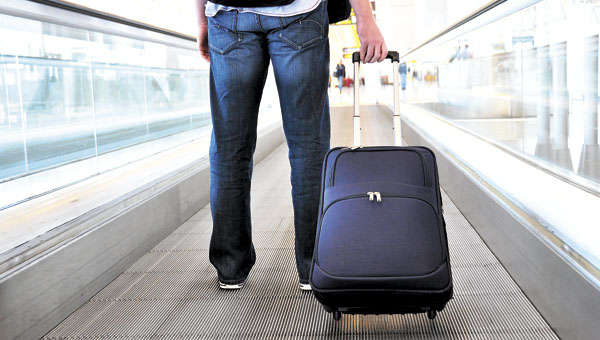 After Raleigh Phillips moved out of his parent’s home as a young man, he thought he would sooner have lived under a bridge than return to their home.

Thankfully for him, he never had to do either.

Like many Baby Boomers, he lived the good life. He got married, purchased a home, got his doctorate degree in psychology, began working as a psychologist in Norfolk, Va., and raised three sons, who all flew the coop after they graduated from high school.

After his third son graduated, Phillips, like most boomers, thought the next steps that would logically follow would be an empty nest, long vacations and, finally, retirement.

But the plans began to change as two of his adult children returned to the nest.

“Adult children returning home has become an epidemic in our society,” Phillips said. “I’ve experienced it myself, and I work with people who it’s happened to. I would have sooner lived under a bridge than ever go back home, but this generation is different.”

Research shows that baby boomers’ children, who have grown and moved away from their parents, are returning home in record numbers.

“Many of us were raised by parents who grew up in the Great Depression or the period immediately after,” Phillips said. “There wasn’t much indulgence. By the time we had children, life was easy. Money kept coming in. Every generation wants to give their children what they never had. They grew up in a very nurturing, indulgent time.”

The result, he said, has been children shielded from reality by well-meaning parents. Many are then all too ready to turn back to Mom and Dad when things get tough.

“What we’re looking at is more than a bad economy,” Raleigh said. “We have had a hand in this, and it’s easy for them to come right back home. The kids don’t enjoy it, but they certainly take advantage of it.”

He’s tried living on his own twice, but every time he gets his head above water, he seems to get pulled back under.

“The industry is awful,” Shumway said. “The unemployment rate in the country is high, but there are those of us who can’t even get jobs to get unemployment. There are no jobs in my industry. I’m professionally trained. I went to culinary school, but I ended up taking a job at Subway for a while because there was nowhere else to go.”

To compound the situation, most young adults were raised during a rich economic time, which shaped their expectations.

“They grew up in one of the richest periods of time for our country,” Raleigh said. “We were buying cars. Jobs were plentiful. We took the kids diving in St. John. To think that wouldn’t have implications on our children’s idea of what adult life looks like and what they expected would be ludicrous.”

The results were surprising, she said.

Many young adults are struggling to learn the importance of independent living.

“I thought I was ready to move out when I did,” Shumway said. “I was saving money, but there were a lot of surprises I just wasn’t ready for — renter’s insurance and the actual cost of laundry and groceries. Maybe they were trying to shield me from something, but it was a rude awakening. I don’t like living at home. I know it’s not easy on them. They should be vacationing in the Bahamas every summer if they wanted to. It’s just not fair.”

Undoing an entire lifetime of habits and mentalities isn’t easy, but there are some things that have to be done.

“We have to retrain them to a new reality,” Raliegh said. “You can’t clip their wings and then tell them to fly, but parents have to lay down boundaries. Overcompensating for what we may or may not have caused doesn’t help them. It will only make things worse. Teach them better money management skills. Support them, but make sure they’re working and share in household responsibilities.”

Like all things do, there will come an end — either naturally or forced.

“There will be a time to let them go, knowing it is good and necessary for them to develop into a self-sustaining, independent adult,” Raleigh said. “No one wants to see their child struggle, but it happens at some point. It doesn’t mean you don’t love them.”

More than 80 residents, present and past elected officials and political supporters turned out to a “meet the candidates” forum... read more