John Elvin “Johnnie” Diggs was born May 1, 1937 to the late Harvey and Mariah Diggs in what was formerly known as Nansemond County, Va., in Suffolk Lakeview Hospital. 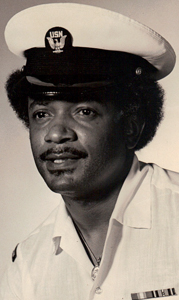 He was predeceased by three sisters: Reatha Diggs, Dorothy Ada Daniels and Odell Evans; and one brother, Harvey Diggs Jr.

After graduating from East Suffolk High School’s class of 1955, he enlisted in the U.S. Navy and retired from 21 years of service. Following his military tenure, he gained the position as “rigger” at the Norfolk Naval Shipyard. He attended Paul D. Camp Community College and served as administrative counselor at the Suffolk campus. He finally retired as head custodian at John F. Kennedy School.

He was an active and devoted member of Macedonia A.M.E., where he served in the adult choir, lay organization and Missionary Society.

The family will receive visitors at the funeral home from 3 to 7 p.m. Sunday, Oct. 10. A funeral service will be held at 11 a.m. Monday, Oct. 11 at Macedonia AME Church. Mr. Diggs will be laid to rest with full military honors at 11:45 a.m. Tuesday, Oct. 12 at Albert G. Horton Jr. Memorial Veterans Cemetery.