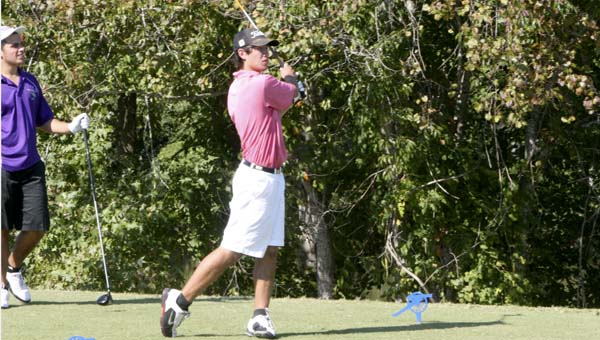 Nansemond River High junior Travis Johnson did go into the first round of the Virginia High School League Group AAA State Tournament Monday with a home-course advantage, though, as he and his Warrior teammates played six rounds around Nansemond River during the season and last week’s Eastern Region Tournament.

To make the state tournament field, Johnson shot an even-par 72 last Tuesday with three birdies on the front nine. He followed a similar path Monday to card a 74. Johnson birdied Nos. 2, 3 and 8 to get out to a good start.

Johnson had one of the best scores of the early going Monday. Griffin Clark, of Thomas Dale, shot a 70 to be the leader in the clubhouse with much of the field still to finish.

On No. 2, a short, downhill par three, “I had a downhill putt,” Johnson said. “I was just trying to get it close and somehow it fell in.”

On the par-five No. 3, Johnson hit his second shot into a bunker short and left of the green. From the sand, he hit a great shot to two feet from the hole and tapped in for a birdie.

“No. 8 was a hurry-up hole for us because we were behind,” Johnson said. Nonetheless, he rolled in a 20-30-foot putt for a three on the par four.

Johnson bogeyed No. 9 to finish the front nine at even par. He had a chance to get back to even par for his round on No. 13. His approach to the green on the par five flew by the hole to the back fringe but with spin and the green’s slope it rolled back to five feet from the hole. Johnson missed two short putts to wind up with a bogey.

From there, he was consistent and impressive, but unable to get back toward a red number. On the final five holes, Johnson hit each green in regulation and made five pars.

The 36-hole tournament’s being played from the blue tees (6,750 yards) at Nansemond River. The final round tee times start at 9:30 a.m. Tuesday. 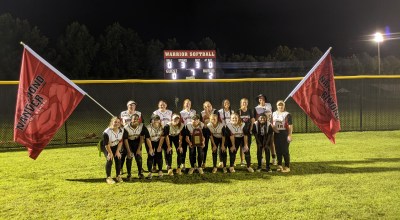