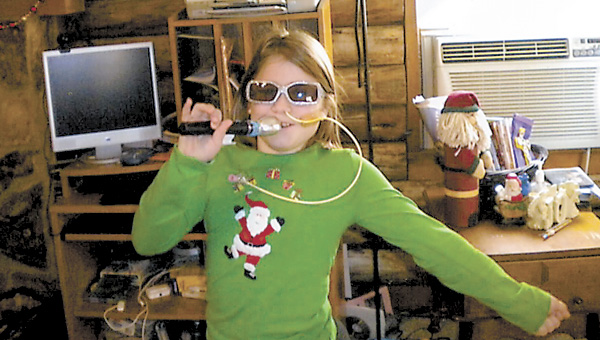 To help put a dent in the bills and show support for 10-year-old Madison Arnot, who has undergone 13 surgeries since March 2009, the Suffolk Golf Course is hosting a tournament on Nov. 8. Call 539-6298 for more information.

Madison Arnot might not have recorded her own album yet but the community is already throwing parties for its most beloved “rock star.”

“Rock Star” is a nickname the nurses at the Children’s Hospital of the King’s Daughters gave to the 10-year-old girl, who has just undergone her 13th surgery since being diagnosed with colon cancer in March 2009.

To help raise funds for the nearly $3 million in medical expenses that the Arnot’s insurance doesn’t entirely cover, the Suffolk Golf Course will host a benefit golf tournament for Madison on Nov. 10 with a donation of $75 per player and sponsorships starting at $25. The tournament begins at 9 a.m. with a lunch to follow. Participants can register as an individual or as a team.

“The reality is that the bills never stop, they never stop,” said Monica Arnot, Madison’s mother. “You never want to go to the doctor scared that they’ll deny you care because you owe them money already. With every fundraiser, I sit down and write out all our medical bills.”

The bills will never stop, because there is no cure for Madison’s familial adenomatous polyposis.

FAP is a cancer-causing gene, which Madison, the baby and only girl of the family, genetically inherited. The gene makes a person more susceptible to cancers, and after her first surgery she experienced several complications, which have resulted in the inability for her body to properly digest and absorb food.

The latest news in Madison’s fight is that doctors at Cincinnati Children’s Hospital said there was nothing more they could do, but “her physicians aren’t throwing in the towel, yet,” Monica said. “Her case isn’t typical, they say, and her body sure isn’t either. It’s acting like a rock star and keeps overcoming the odds.”

In the days leading up to Halloween, Monica is out looking for Hannah Montana accessories for Madison’s costume and is hoping her blood work comes back normal so her own little rock star doesn’t have to wear a facemask to go trick-or-treating.

“I first saw her when she came out to the golf course with her granddad, and you could tell she was going through something, but she had this huge smile and was just as happy as could be,” said Rick Bidnick, a PGA golf professional and instructor at the course. “I said then that I wanted to do something to try and help in any way I can. There’s just something about her.”

Bidnick said the entire local golf community has come in to support Madison.

“Everyone has donated something as a prize to guarantee that anyone who plays will get a great prize,” Bidnick said.

Bidnick hopes to have between 35 and 40 four-person teams signed up for the tournament. There are currently between 15 and 20 signed up.

Helping to lead the fundraising effort is a group of children who, when they heard about Madison, organized a lemonade stand and raised $50 to donate to the tournament.

“We’re really in awe of the community support we’ve had through this entire thing,” Monica said. “To get news like we just did and know that the community is behind us every step of the way — it’s just so encouraging. We’re just hoping Madison’s stamina can hold up. It means a lot to her to be able to get out and personally thank the people at these fundraisers.”

Events will get you in the Halloween ‘spirit’