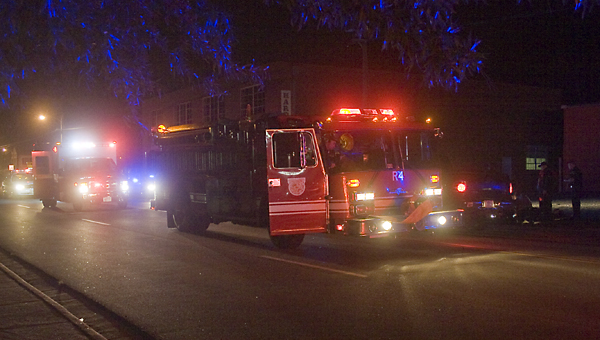 Rescue personnel work the scene of a fatal pedestrian accident on Carolina Road on Saturday night.

Police have identified the pedestrian hit by a pickup truck and killed at around 8:15 p.m. Saturday on Carolina Road near its intersection with Granby Street.

He is Nathaniel Thorne, age 51, of the 1600 block of Nansemond Parkway.

“Thorne was in the roadway when he was struck by a Ford F-150 traveling north on Carolina Road,” city spokeswoman Debbie George said.

Paramedics responded to the scene, where they found Thorne lying by the street and not breathing, according to reports from the scene. They began performing CPR on the victim. Nightingale Air Ambulance arrived from Sentara Norfolk General Hospital, but Thorne was declared deceased before he could be flown, George said.

The accident remains under investigation, she added.

Even before the redistricting process stemming from the census is complete, new population estimates are out that push the number... read more