John Thomas Knox was a loving father, son and brother and will be sorely missed not only by us but also by all those who had the opportunity to know him. 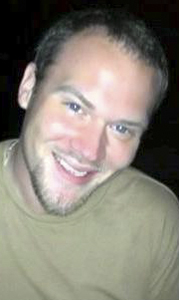 John was born May 28, 1985 in Franklin. He was a dedicated and loving father to his 3-and-1/2-year-old son Emmett, a beloved son to Tom and Shirley and an admired brother and beloved friend to Eric. John grew up in Suffolk, and following graduation from Lakeland High School, he knew he wanted to learn a trade that would allow him to help people while applying his artistic talent. In 2004, he set out on a journey to do just that, studying at John Tyler Community College and later graduating with a degree in mortuary science. John worked as a funeral director for several years and consoled countless families in their darkest hours as he supported and guided them through the despair that comes with loss.

Following his tenure at Wright Funeral Home in Franklin, John decided to focus on his artistic talents, becoming a photographer at Lifetouch National School Studios. John thrived in his newfound environment, and picking up a camera became a natural outlet for his creativity.

John had plans to go back to school and earn another degree, a degree in graphic design, which he felt was his true calling.  He was looking forward to building a bright future for himself and his son Emmett. John was involved in a car accident and passed away Oct. 25, 2013, at the age of 28. He is survived by his son, Emmett Reid Knox; parents, Tom and Shirley Knox; brother and sister-in-law, Eric and Carrie Knox; grandfather, Harold Lankford; and former wife, Tabitha Peace Sidwell.

A memorial service will be held Thursday, Oct. 31, 2013, at Westminster Reformed Presbyterian Church, 3488 Godwin Blvd., Suffolk, VA 23434 at 2 p.m. Condolences may be registered online at www.parrfuneralhome.com.