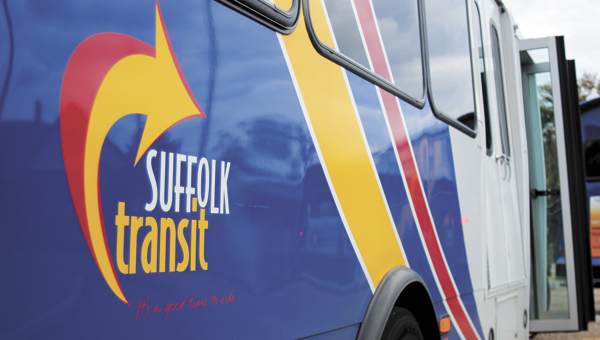 Changes have been proposed to Suffolk’s public transit program.

Recommendations to improve the city’s public transportation system include extending service to North Suffolk and rural areas, expanding the hours it is available during the week and adding weekend service.

A study done by the Department of Rail and Public Transportation surveyed current riders, employers and the general public on their needs. The service currently runs four routes from the downtown area to destinations like Sentara Obici Hospital and Paul D. Camp Community College, with stops along the way.

L.J. Hansen, assistant director of the Suffolk Department of Public Works, presented the results of the study to City Council members during their work session Wednesday.

Council members were most concerned with expanding the days and locations of service.

“The service is wonderful Monday through Friday,” Councilman Curtis Milteer said. “A lot of people are concerned about shopping on Saturdays.”

“I think eventually we’ve got to have a vein or element that connects those two elements,” Brown said. He added that the service “is a tremendous improvement from the service we were getting from HRT.”

The city separated from Hampton Roads Transit on Dec. 31, 2011, in a cost-saving move. The new service run by Virginia Regional Transit started two days later with two routes, which have since been expanded to four.

The study turned up some interesting demographic information.

In a survey of the general public that drew 108 responses, 80 percent said they would use the service if it went by their home or work. An employer survey found that 30 percent said they have trouble finding employees because of transportation issues.

The council is set to adopt the survey at its Nov. 20 meeting, but doing so does not commit the city to doing any of the recommended expansions.

Other recommendations in the study included hiring a transit program manager and creating an advisory committee.

The study did not address funding matters, but City Manager Selena Cuffee-Glenn said that would be a next step.

The system is currently funded by city and state dollars, fares and a small amount of advertising revenue from ads on the backs of the buses.