Since joining the staff of the Suffolk News-Herald in 2008, one of my chief goals has been to turn this page into a robust public forum that includes and encourages the participation of a wide range of views from the people of Suffolk.

My desire is that this newspaper’s Opinion Page become a place where folks can turn to hear ideas about things that affect their lives, espoused by their neighbors and friends, whether through letters to the editor or guest columns.

We’ve had mixed success in the effort. When there’s an election or major controversial issue on the front page of the paper, we’re likely to be flooded with letters. I try to use just about all that are sent to me by people from Suffolk. Some letter writers are regular contributors, and others weigh in on one particular topic or another, as they are drawn by their special interests. 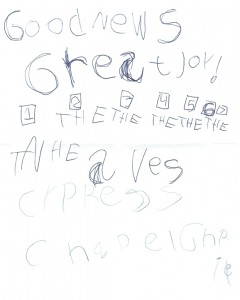 We’ve been more successful attracting guest columnists and now have a small group of them to whom we assign regular publication days in hopes that readers will come to expect and look forward to their thoughts each week.

I hope you enjoy — or, at least, are challenged by — Joe Bass on Tuesdays, Rex Alphin on Wednesdays, Frank Roberts on Thursdays, Chris Surber on Saturdays and Dennis Edwards on Sundays. We also benefit from regular contributions by Kermit Hobbs, occasional thoughts from Roger Leonard and one-off columns from Suffolkians and other Virginia voices. Each of those writers has a different focus, and I believe they have all improved the Suffolk News-Herald’s Opinion Page.

Each of our staff members continues to contribute his or her own columns each week, and we endeavor to make them local in focus. Mine appears here on Sundays, news editor Tracy Agnew’s runs on Tuesdays, publisher Steve Stewart’s comes on Wednesdays, page designer Beth Roughton’s falls on Thursdays, and staff writer Matthew Ward’s Australian voice is aired on Fridays.

You’ll note there are a couple of vacancies, and I’ve been working to find regular contributors to fill those gaps. Column-writing doesn’t come easily for most folks — coming up with a new topic each week can be a grueling process, and writers with the best intentions often find they’ve run out of steam after two or three submissions.

I was charmed recently by Ephram Surber, the 5-year-old son of Chris and Christina Surber, who found me when I visited Cypress Chapel Christian Church for a recent meeting.

“Mr. Res, I’ve got a column for you,” he said, handing me a sheet of paper printed in ink and pencil with, as his father put it, “pretty much all the words he knows how to write.”

You can’t ask for much more than that from a columnist. I hope you’ll enjoy Ephram’s column this week as much as I did. “Good news” and “Great Joy,” indeed.

Column – Psalms offers reasons to be thankful this season

Column – Share feelings with teens even if they don’t respond