Nancy Stancill, a daughter of former News-Herald editor and publisher Godfrey Stancill, has pledged royalties from her debut novel to a journalism fellowship created in his memory.

Nancy Stancill’s first book, “Saving Texas,” published by Black Rose Writing of Texas, was released in October. Royalties from the first thousand copies sold will go to the Godfrey Wells Stancill Fellowship, a fund administered by Investigative Reporters and Editors. 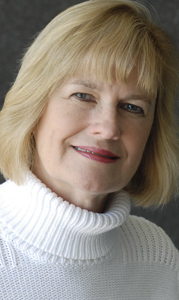 The author and her family, including her mother, Phyllis Harrill Pruden of Suffolk, set up the fellowship to honor Stancill, a longtime News-Herald publisher who died in 1995.

Nancy Stancill, a writer and journalist who worked for more than 30 years for the Houston Chronicle and Charlotte Observer, lives in Charlotte, N.C. She wrote the novel during 2010-12 while living in London with her husband, who recently retired from Bank of America.

The novel, based in part on her experiences as an investigative reporter in Texas, centers on Annie Price, a reporter who profiles a modern-day secessionist candidate for governor. She grapples with two murders, political intrigue and a love triangle. The journalist pushes to get the truth before her enemies get her or her struggling newspaper takes her off the story.

“I was looking for a way to contribute more to my dad’s fellowship, and I thought about the book I was writing,” Stancill said. “It is an homage to investigative reporting, so contributing to IRE makes perfect sense.”

The Godfrey Wells Stancill Fellowship has paid the expenses for six journalists from small newspapers to go to IRE’s annual conference to learn specialized skills in investigative reporting.

“My dad went off to World War II and never got to finish his degree at the University of North Carolina,” Nancy Stancill said. “Despite that, he taught himself to do everything in the newspaper business, including writing award-winning editorials. He was a great role model.”

Phyllis Pruden, her mother, taught in Suffolk schools for more than two decades before she retired. Nancy Stancill’s stepfather, the late Peter Pruden Jr. of Suffolk, also contributed to the Stancill fellowship.

Nancy Stancill grew up in Radford, where her father was editor and publisher of the Radford News Journal. After her family moved to Suffolk, she worked for the News-Herald for several summers as a college student. Her four siblings live in Virginia and North Carolina.

“Saving Texas” is available in print and electronic versions from Amazon.com, barnesandnoble.com, blackrosewriting.com and other online sources.