Swamp a boon for Suffolk 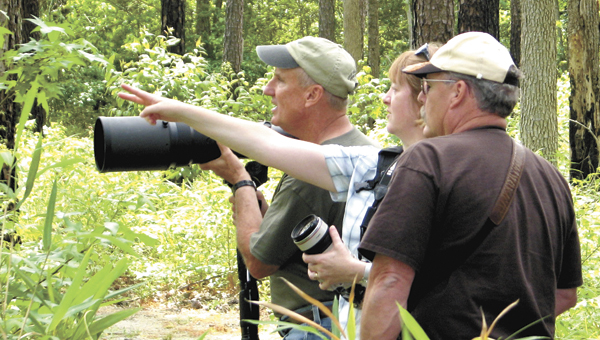 The Great Dismal Swamp National Wildlife Refuge generated $2.4 million for Suffolk and other neighboring communities in fiscal year 2011, a probe into the economic benefits of 92 national wildlife refuges has found.

Especially given the tough economy, the figure is “really, really positive,” said Chris Lowie, refuge manager at the swamp.

But he says wildlife refuges are lacking the support they need to continue contributing to communities.

Nationwide, Lowie said, the budget has been reduced $50 million since 2010, including $33 million in the past year due to sequestration.

Visitor demand is going up while “the budget is going down” and “volunteer hours have trended down since 2010,” he said.

“If these trends continue, then we are not going to be able to maintain that level of stewardship people expect, which will reduce the economic benefit.”

The U.S. Fish and Wildlife Service study attributes the reported benefit to retail sales, taxes and job income related to visitor spending for recreation activities, according to a news release.

The swamp refuge returned $1.70 for every dollar appropriated, while refuges overall contributed $4.87 in total economic output for every dollar spent and generated $793 million in job income for their communities.

Every year, more than 46 million visitors to wildlife refuges from around the world support local businesses like restaurants and hotels, Secretary of the Interior Sally Jewell stated in the release.

“Every dollar we invest in our refuge system and other public lands generates huge dividends for our country,” she said.

Most visitation to the swamp revolved around hunting in the fall, said Deloras Freeman, a visitor services specialist at the wildlife refuge.

The spring birding festival attracts visitors from across the nation, she said, adding that folks also come for fishing, hiking, biking, canoeing and kayaking.

“We get quite a lot of foot traffic — people coming out to walk our trails, because they are nice and long and also close to urban population centers (while) it feels like you are in a much larger natural area.”

Interpretive programs are also popular, Freeman said, adding the swamp has a rich cultural history, including that tied to the Underground Railroad.

Freeman said she believes it was the first time such a study has been conducted. “I believe there was a previous one maybe 10 years ago,” she said. “(But) the figures surveyed may not have been the same; it’s not like you could compare it.”

The Great Dismal Swamp National Wildlife Refuge is among more than 550 national wildlife refuges across America.