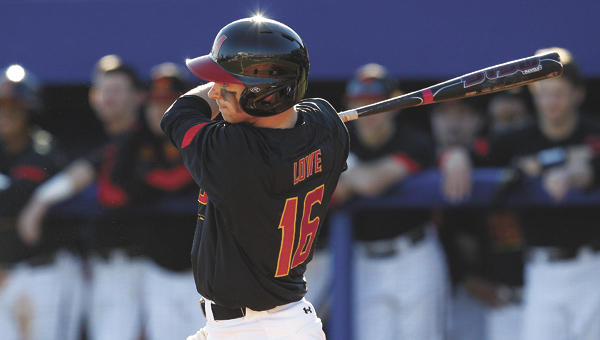 Brandon Lowe of Suffolk put on an impressive offensive showcase during his redshirt freshman year for the University of Maryland, helping the Terrapins experience their best season ever. (Tim Casey photo)

Brandon Lowe fought through injuries to produce a remarkable redshirt freshman year at the NCAA Division I level of college baseball, helping University of Maryland’s program to have its best season ever.

And the acknowledgments of his talent have begun to roll in.

The Nansemond River High School alumnus was most recently named to the 2014 National Collegiate Baseball Writers Association Freshman All-America second team. Before that, he made the 2014 Louisville Slugger Freshman All-America team and was a third team All-Atlantic Coast Conference selection.

“I was actually really surprised on all of them,” Lowe said. “I wasn’t really expecting that I would be a freshman All-American or an All-ACC team (member).” 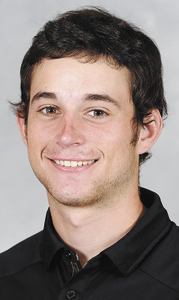 Terrapins coach John Szefc said all the honors were well-deserved, though he thought Lowe deserved better than third team All-ACC.

Lowe ranked second in the ACC with a batting average of .348. He led Maryland in that statistical category and also in slugging percentage (.464), on-base percentage (.464), triples (three) and tied for the team high with 42 runs batted in.

“He performed at a really high level,” Szefc said. “Our conference is one of the top two in the country. As far as how he finished down the stretch, he was certainly one of our best offensive players.”

The coach said the most interesting detail about Lowe’s success this year is that it came despite his having to wear a splint on his left thumb for 90 percent of the season. He partially tore one bone from another while stealing a base.

“They told him earlier in the season he probably shouldn’t play,” Szefc said.

Lowe decided to play anyway, participating in at least 54 of his team’s 63 games. Szefc said in addition to Lowe’s outstanding play on offense, he also played pretty good defense as the Terps’ starting second baseman.

“If he could do that with one and a half thumbs, I‘d really like to see what he could do when he’s 100 percent healthy,” Szefc said.

Lowe, who also suffered a hamstring injury this season, said after he started getting hurt, he simply focused on what he could do to make the team better.

“Looking back at the stats now, obviously I did as well as I could have, and it helped us out a lot, I guess,” he said.

Maryland went 40-23, qualified for the NCAA Tournament for the first time since 1971 and got a win at the NCAA Super Regional level against the University of Virginia.

Szefc gave a succinct description of the Terps’ season: “It was the best in the program’s history.”

The coach was not surprised Lowe played well this year but did say he exceeded expectations as a redshirt freshman.

As for now, Lowe said he will play summer ball in Bethesda, Md., look to get 100 percent healthy and then help the Terrapins “have another great year like we did this year.”