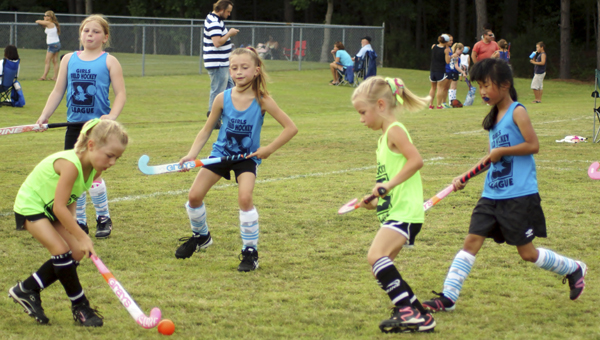 While Tara Worley has resigned as the Lakeland High School field hockey coach, she remains at the helm of something that she has developed over the last 16 years to transform Suffolk into a force in the sport: the girls’ field hockey summer league.

The job of coaching the Lady Cavaliers was demanding on her time, but Worley said running the summer league “is probably just as time-consuming, if not more.” 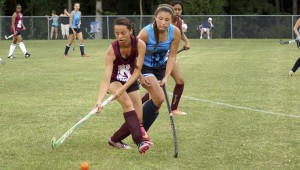 It is different for her in a key way, though, related to its purpose — it is about instruction rather than pressured-filled competition.

With her summer league, Worley said she just wanted to introduce local girls to the game and “just wanted to give them some experience prior to high school.”

“I started it way back when, when I started at Lakeland High School,” she said. Virginia Beach produced impressive teams, and she observed what was provided for girls in that city during the off-season.

Of course, the end goal is to produce more competitive teams, but Worley said she is able to put down her trademark competitive, pressure-filled mentality, in this case, and just take pleasure in watching youths grow.

“The first time I had the league, I literally had enough for two teams,” she said.

Now in its 16th year, the summer league has over 250 participants ranging in age from 3 to 17. Many are from Suffolk and some even beyond.

Games are played at Lakeland on Mondays and Nansemond River on Tuesdays this year.

And players on the field are not the only youths benefiting from the league. Worley recruits active or graduated players to serve as coaches, particularly for teams in the younger age divisions.

Recently graduated Lady Cavalier Jessie Cox coaches a team in the junior division (ages 8-11) and described her own history with the league.

“I started playing the summer league when I was 6,” she said. “I probably started coaching my freshman year.”

She spoke to the benefit the league had for her when she was a player and now has for players under her charge.

“It’s just the beginning of our experience of hockey,” she said. “It’s just gets their fundamentals straight.”

Worley has been amazed by the growth of the league overall.

“I never dreamed in a million years it would be what it is,” she said.