Charges of child abuse and neglect and child cruelty were dismissed for a Suffolk man accused in a June 2013 incident in which children were found locked in a dirty camper. 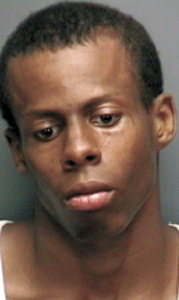 Laron Huston Neal, 23, allegedly was supposed to have been watching the 2-year-old girl and 6-month-old boy police found in the camper on June 18 in the 300 block of North Division Street. Police were at the home to serve a search warrant on an unrelated matter and heard crying, they said.

Police said the children were alone with the windows closed, no running water and no air conditioning. They said the children had soiled diapers, the trailer had fleas, mouse droppings and rotten floorboards and the bedding was covered in urine and feces.

Paramedics were called to the scene, and the 6-month-old was given an albuterol treatment for wheezing caused by asthma. The children had been in those conditions for three days, according to evidence against the children’s mother, though they were supervised for part of the time.

Jeronda Rena Wilson, 24, the children’s mother, was found guilty in the case. Prosecutors say she left the children alone while she went to the store to buy beer. Her sentencing is set for Aug. 22.