Suffolk and Portsmouth police are seeking a man wanted in connection with numerous crimes in both cities who allegedly failed to appear for a court hearing in Portsmouth. 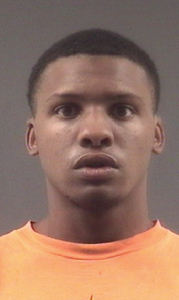 John Alan Rutledge Jr., 18, of the 600 block of Meander Road in Portsmouth, is wanted in connection with a burglary in the 200 block of Avondale Road on June 16, according to Portsmouth Police Detective Misty Holley.

After being served with the warrants, Rutledge failed to appear for a court hearing on Aug. 29, Holley said. A contempt of court warrant was issued.

The Suffolk warrants are related to incidents that occurred in the Burbage Grant area in late 2013, Klink said.

According to Holley, Rutledge is described as a light-skinned black male, 5 feet 10 inches tall and 160 pounds with black hair and brown eyes.

Anyone who has information is asked to call Crime Line at 1-888-LOCK-U-UP. Tipsters never have to give their names or appear in court, and may be eligible for a reward of up to $1,000.