Donald Elwood Carter, 82, died on Sept. 22, 2014, in Suffolk, where he had resided all his life. He is survived by his wife, Edna Earle Carter, and three children: his son, Donald “Donnie” E. Carter Jr., of Portsmouth; and his daughters, Susan “Beth” E. Carter Brown and her husband, Todd Brown, of Virginia Beach, and Kathryn Hope Carter and her husband, Mike Phua, of Los Angeles. He also has two granddaughters, Morgan Elizabeth Brown and Mallory Quinn Phua-Carter. He is the son of the late T.F. Carter Sr. and the late Mary Pearl Turner Carter. He is predeceased by his brothers, Thomas F. Carter Jr. and Lawrence S. Carter. He is survived by his sister and brother-in-law, Carolyn and Wilbur Wright; brother and sisters-in-law, David and Priscilla Carter, and Marion Carter; numerous cousins, nieces and nephews; and devoted employee, Angela “Angie” Allen.

Don served his country in the U.S. Army during the Korean War. He was dedicated to the family business, which he learned in childhood from his father as he and his brothers sold furniture on rural routes and then opened Carter and Sons Furniture on South Main Street. He expanded and nurtured his stores for more than 60 years with the help of his wife, son, daughters and many loyal employees. An avid reader, he perused encyclopedias for hours on end and could recount countless historical events from memory. He was very devoted to his family, his city and his business and went out of his way to help others when he recognized a need.

Don was a member of Cypress Chapel Christian Church, where he served as a past deacon. He was a member and past president of the Cypress Ruritan Club, Civitan Club, and the Retail Merchant Association for Downtown Suffolk. He was also a member of the Elks Lodge No. 685 and the American Legion. He will be missed.

A graveside service with military honors will be held Friday, Sept. 26, 2014, at 2:45 p.m. at Albert G. Horton Jr. Memorial Veterans Cemetery with the Rev. Matt Winters officiating. Friends may join the family for a visitation Thursday night from 7 to 8 p.m. at Parr Funeral Home & Crematory. In lieu of flowers, donations may be made to the Bethlehem Christian Church Food Pantry Ministry or Cypress Chapel Christian Church Cemetery Fund. Condolences may be registered online at www.parrfuneralhome.com. 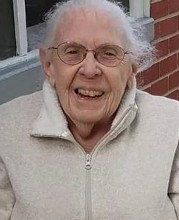