“For whoever shall call upon the name of the Lord shall be saved.” Romans 10:13

In such an independent man we see William Albert Miller, who entered this world on June 7, 1942, in Philadelphia, Pa. He was the first of four children to the union of the late William and Genevieve Miller. 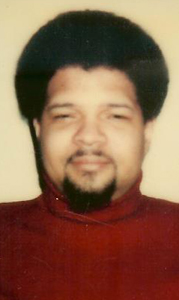 To all who knew him he was “Billy” or “Soda Top.” William “Billy” received an honorable discharge on May 31, 1981. He pursued other interests as an engineer with American Systems Engineering as an instructor to naval personnel for 18 years.

William “Billy’s” happiest hours were spent among family and tinkering with things. He had a love of animals.

A funeral will be held at noon, Monday, Oct. 27, 2014, in the chapel of Crocker Funeral Home officiated by Elder Ron Vinson. Interment will be in Albert G. Horton Jr. Memorial Veterans Cemetery. Crocker Funeral Home is handling the arrangements. Condolences may be extended to the family at www.crockerfuneralhome.com.