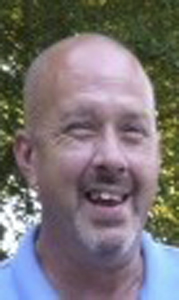 Billy was born June 15, 1964, in Southampton Memorial Hospital and was raised in Carrsville. He attended Windsor High School. Billy used to help his granddaddy on the family farm and was a past member of Carrsville Volunteer Fire Department. His interests included cars, racing and firearms, but his passion was flying RC helicopters with his friends.

Billy worked in heating and air conditioning as a technician for many years. He was a loyal friend and dedicated husband who uplifted others with his dry sense of humor.

He was predeceased by his mother, Jo Ann Byrum Underwood; his grandparents, Juanita L. Byrum and Alvin Thomas Byrum, and Vivian Harrison; and an aunt, Linda H. Byrum.

A memorial service will be held at 11 a.m. Saturday, May 28, 2016, at Wright Funeral Home, Franklin, with the Rev. Jim Foreman officiating. Memorial donations may be made to the American Cancer Society, the National Autism Association or the ASPCA. www.wrightfuneralhome.org.