‘Strived to do my best’

Editor’s Note: This is the last in a series of stories on the valedictorians of the five high schools in Suffolk.

Dixie Cox has her priorities in order. 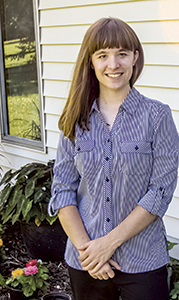 “It’s been instilled in me that school is my job right now and … I’ve always strived to do my best,” said Cox, who is valedictorian of Nansemond River High School’s Class of 2016.

Cox, who will graduate June 11 with a 4.5 grade point average, plans to study mechanical engineering at Virginia Tech.

When she started high school, Cox went to Nansemond River for the opportunity to participate in Project Lead the Way, the school division’s four-year, hands-on engineering curriculum.

She was one of 21 students from around the city in the class, which gives students opportunities to study robotics, civil engineering and computer/digital engineering.

For the past three years, she has been active in Nansemond River’s Robotics Club. It’s a unique program that challenges participants to solve problems and build robots that fit within given perimeters and situations, Cox said.

“It helps kids get engaged … because there are no directions given,” Cox said.

The club has helped shape Cox’s desire to pursue an engineering career specializing in robotics.

“Designing plans and coming up with ideas fascinate me,” she said.

Cox said she has always been motivated to excel academically by her older sister, Ashley, a former salutatorian at King’s Fork High School who is currently finishing her master’s degree in computer engineering.

It was a little self-imposed, friendly competition, Cox said.

“I thought that if my sister could do it, I could do it too,” she said. “So I expected it of myself.”

Through the years, Cox has volunteered to help with art camps sponsored by the Suffolk Art League and helped organize her church’s Vacation Bible School program.

She has received several scholarships, including from the Suffolk Education Foundation, the Suffolk Rotary Club and King’s Fork Woman’s Club.

She is the daughter of Rexwood and Susan Cox.