James Beamon, 74, of Mahlon Avenue, Suffolk, transitioned on June 20, 2016, at Sentara Obici Hospital. He was the son of the late Benjamin Beamon and Clara Mitchell. 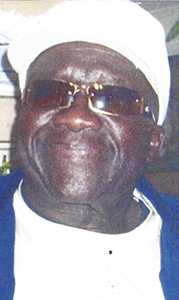 He was a hard working mechanic for 60 years, racing cars in his early 20s and 30s, and continued working on cars until his final days. He was a carpenter by trade, working at Haynes for 15 years, Heiling-Meyers for 18 years and retiring from Schewels after 20 years in 2004. He was a very generous and caring person, always lending a helping hand to anyone. He truly will be missed by all who knew him.

A celebration of life will be held at 1 p.m. Saturday, June 25, 2016, at Greater Sweet Beulah Apostolic Church. Pastor Bernard Mann will deliver the eulogy. He will be laid to rest in Carver Memorial Cemetery. Condolences to the Beamon family may be extended to www.crockerfuneralhome.com. Professional services with dignity have been entrusted to Crocker Funeral Home Inc.