A Suffolk man police tracked to a downtown motel after a robbery spree earlier this year pleaded guilty last week to more than a dozen felony charges. 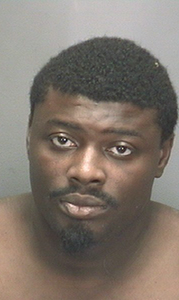 Kevon Cornell Hawkins, 23, was sentenced to 30 years to serve in prison, prosecutor Derek Colvin said. He also has suspended sentences totaling 60 years hanging over his head, along with supervised probation for 10 years after his release.

Police found Hawkins at the Super 8 Motel in the 600 block of North Main Street on the morning of Jan. 12. After knocking on the door, police heard a round being chambered into a firearm and then several shots from behind the door. Hawkins eventually emerged with a gunshot wound to his chin.

As part of a plea agreement, Hawkins will not be prosecuted for any of the charges stemming from his apprehension at the motel.

He pleaded guilty to four counts of armed robbery of a business, four counts of use of a firearm in the commission of robbery, one count of burglary, one count of malicious shooting in an occupied dwelling, and one merged count each of abduction, possession of firearm by a convicted felon, and grand larceny of a firearm. He also pleaded guilty to a probation violation.

Colvin said the gun used in the robberies, as well as the jacket, pants and bandanna he was wearing, were all found in the motel room.

Hawkins committed the following crimes during his spree:

The Western Tidewater Health District once again has a permanent director more than six years after an acting director was... read more