Fall baseball is gearing up 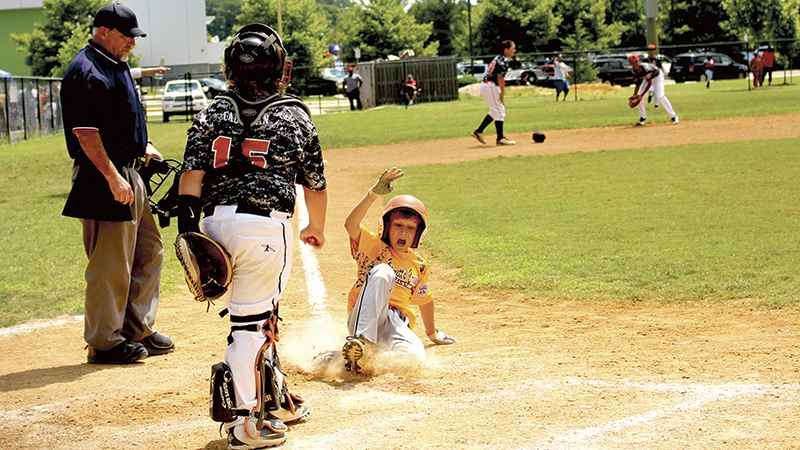 And while the spring and summer seasons see huge numbers of kids play long seasons full of tournaments and all-star games, fall baseball offers an opportunity for a more casual season full of education.

“We use this opportunity for coaches to teach them more about baseball,” said Myra McCarthy, commissioner of the Nansemond River Pony Baseball League.

While the sport is still popular enough in the fall for each league to offer registration, turnout for fall baseball is usually lower than turnout in the spring.

“There are usually fewer people since kids will use the fall as a chance to play other sports,” McCarthy said. In spite of this, McCarthy said the league hopes for a decent amount of kids this season.

“We’re hoping for a good turnout,” she said. “We want at least one team in every division.”

Nansemond River offers everything from T-ball for 4- and 5-year-olds to divisions for 15- and 16-year-olds, in addition to softball. Registration costs $60 if done before Aug. 15, and $70 afterwards. Registration can be done online at nansemondriverpony.org.

Holland Athletic Association, which is part of a league association with Nansemond River, also offers fall baseball this season. Registration, which costs $60, can be done in person Aug. 13 from 10 a.m. to noon or Aug. 14 from 2 to 4 p.m. on the second floor of 6720 Ruritan Blvd. Registration can also be done online.

Bennett’s Creek Little League is the only Suffolk baseball league associated with Little League Baseball and not Pony Baseball. Baseball commissioner Kevin Graham said the league offers T-ball and coach pitch for young players, as well as “minor league” baseball for 9- and 10-year-olds and “major league” baseball for 11- and 12-year-olds. They also offer softball for the minor and major age groups.

Graham said the fall season offers a learning experience for kids, as opposed to the more competitive spring season.

“We try to make it more about education,” he said. “Coaches are allowed to be on the field more to help out. There’s a lot more instruction.”

Graham said the main reason for this learning-centric season is that players have a chance to move up an age group in the fall, meaning some players will be playing in their division for the first time.

Graham said the league hopes to have anywhere from 200 to 300 players sign up for the season.

“We want the kids to have fun,” he said. “The best way for them to learn crucial skills is to have fun doing it.”

The registration can be done online at www.bennettscreek.org. Registration costs $50 for T-ball and $75 for all other age groups. People registering after Aug. 15 have to pay a $20 late fee. Registration ends on Aug. 25.

Suffolk Youth Athletic Association is planning for the biggest turnout out of any of Suffolk’s leagues. Baseball commissioner John Brinkley said he thinks they will have 350 to 400 kids sign up to play either baseball or softball.

“The numbers will drop a little from spring ball,” he said, “but the dip won’t be tremendous.”

Even though the all-star baseball season ended just a few weeks ago, Brinkley said he still expects a good crowd for the less-demanding fall season. Brinkley said the fall season has no tournaments or all-stars, meaning it offers an opportunity for players to develop and learn.

“There’s more time to help players in the fall,” Brinkley said. “It seems to be a better time for the coaches.”

Though the in-person registration for SYAA is over, registration is offered online at www.suffolksyaa.com. Registration will close when teams are filled, so players should register soon.