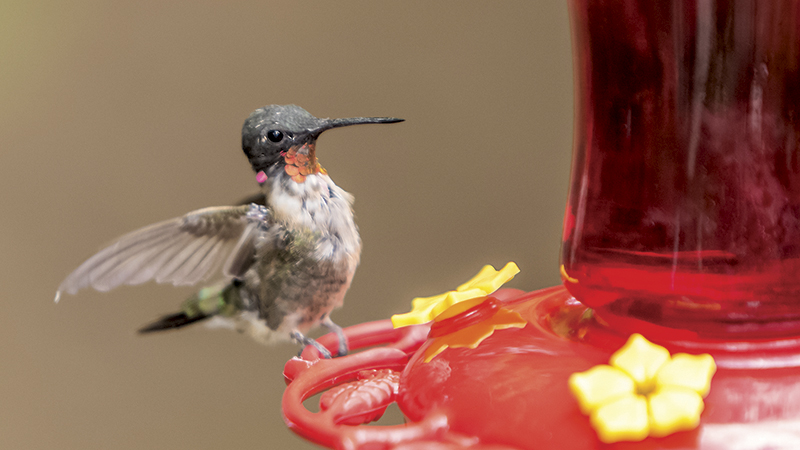 An old hummingbird was part of Suffolk’s summer show this year.

Fall has arrived in Suffolk, and some of our favorite flitting, flying friends are — or soon will be — gone for the season. Here’s a little of what we learned this year about some of the things fluttering through the skies of Suffolk.

The Dictionary of American Regional English, a multi-volume reference work that documents words, phrases and pronunciations that vary from one place to another across the United States, lists nearly 80 different common names for dragonflies around nation.

Whatever you call them, dragonflies are a wonder of nature.

They belong to the insect order Odonata and the suborder Anisoptera, from the Greek “anisos,” meaning uneven and “pteron,” meaning wing. 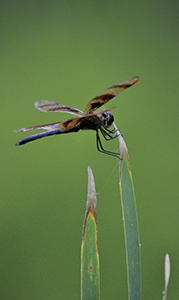 A hiding dragonfly was part of Suffolk’s summer show this year.

According to the website insectidentification.org, about 5,500 different species have been identified in North America. 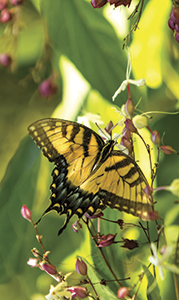 A visit to one of Suffolk’s lakes during the summer will yield dozens or hundreds of dragonfly sightings, and, despite their sometimes fearsome appearance, they don’t bite, and they can’t sting. It’s entirely safe to get up close and personal with even the largest of the species, though getting close enough for a good photo can require a high level of patience and a degree of luck.

Hummingbirds don’t have quite the poor reputation of dragonflies, but their habits can be somewhat more startling.

Ruby-throated hummingbirds, which are common in this area and easily attracted to your yard with commercial or homemade feeders, are the widest-ranging of all North American hummingbirds, according to wild-bird-watching.com.

They’re small, but they have a big fight in them. Set up a feeder in your yard in the spring, and you can watch through the summer as one male establishes his home turf there and then protects it from all interlopers, sometimes even keeping his own young from feeding there. The battles are an intense aerial dance accompanied by soft warning chirps that are easy to miss if you’re not listening for them.

A yard that attracts hummingbirds is also likely to be a place of interest for butterflies, and this was a good season for them in Suffolk.
Their fluttering flight makes butterflies a hard target for their predators, and studies have shown that they can fly with even half their wing area gone. 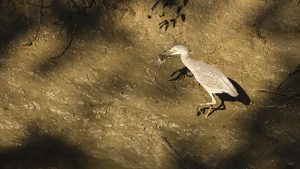 A juvenile egret with a taste for crabs was a part of Suffolk’s summer show this year.

At the other end of the spectrum are egrets, the great birds found in marshes, along rivers and over ponds and lakes throughout the area. With a length ranging up to 3.4 feet and a wingspan up to 5.6 feet, the Great egret is one of the largest birds most folks will encounter in Suffolk.

Egrets and other heron are fine fishermen, and, as you can see here, share a taste for crabs with many of us in Hampton Roads.

Powwow ‘one of the best’