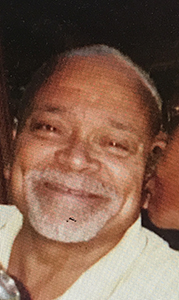 Coley was born in Suffolk, where he attended Suffolk Public Schools. Upon graduation from high school, he joined the U.S. Army and served in the Vietnam War. After returning from the armed forces and later working as a jet mechanic, Coley joined the Suffolk Police Department. Fulfilling a childhood dream, he eventually joined the Virginia State Police and was among the first to integrate the organization. After retiring from the state police, Coley founded 5 Star Tours Charter Bus Service and eventually retired as a private investigator.

Coley had a love of travel and was also an RV enthusiast. He was a member of the Virginia Camping Cardinals, the Hiawatha Men’s Club and MOAC (Men Of Achievement and Culture).

At Coley’s request, there will be no service. In lieu of flowers, donations can be made to your favorite charity in his name.