A 26-year-old man has been arrested following his indictment last week on charges of homicide and possession of heroin with the intent to distribute. 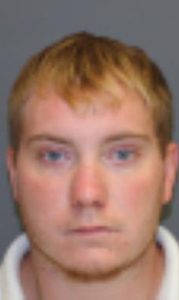 David Allen Mullins Jr., 26, formerly of the 100 block of Mahan Street, was arrested Tuesday by U.S. Marshals in Seneca Falls, N.Y., according to a city press release.

Officers and emergency personnel responded to an apartment in the 100 block of Mahan Street on Dec. 5, 2015, in reference to an unconscious 19-year-old female, according to the press release. The victim, Tealy Marie Butler, had been visiting from out of state and was pronounced dead at the scene.

“Following their preliminary investigation, it was determined that Mr. Mullins was the purchaser and the distributor of the heroin which caused the death of Ms. Butler,” the press release stated.

Mullins is being held without bond and will be extradited back to Suffolk from New York.

Mullins was one of 31 defendants indicted on 112 charges last week. The full grand jury report is below.

Oakland Elementary School has canceled its orientation scheduled for Thursday due to water damage after recent rains. Roof repairs were... read more