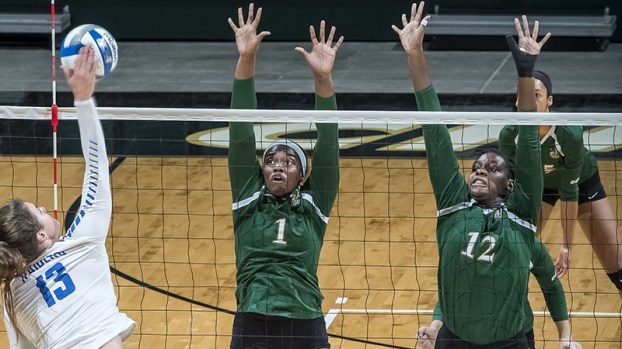 Tatyana Thomas set a school record 11 blocks in a game for the University of North Carolina at Charlotte in a win over UNC at Greensboro.

Charlotte Karen Weatherington had some good things to say about Thomas’ performance.

“Tatyana helped carry a big load out there,” she added. “Tatyana led the team with offense and defense.”

Thomas spent two years at Hampton University before transferring to Charlotte. As a junior, she made 17 starts in her 22 matches and 69 sets during her first season with the 49ers. She ended up finishing her junior season with the third-most blocks on the team with 16 solo and 55 block assists for 71 total.

At Nansemond River, Thomas helped lead the Warriors to an undefeated season, winning the Ironclad Conference Championship. She was also unanimously named Conference Player of the Year after her senior season with numerous all-district, all-region and all-state awards.

September is Alopecia Areata Awareness Month, and for those like Ericka Counts, it is a time to share their stories... read more