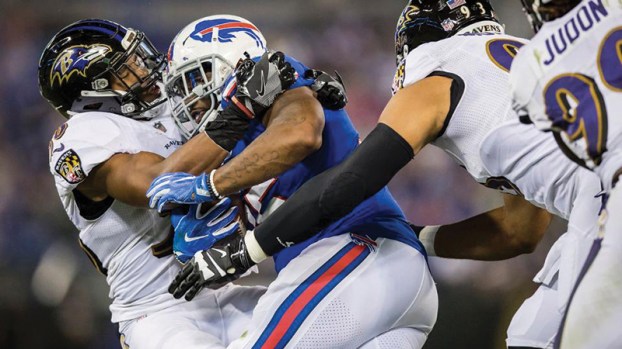 Suffolk native Chuck Clark has made the final 53-man roster for the Baltimore Ravens. Clark was a sixth-round draft pick out of Virginia Tech for the Ravens this year. (Baltimore Ravens photo)

After a strong training camp and preseason for the Baltimore Ravens, Suffolk native Chuck Clark made the final roster.

It is officially week one of the NFL season, and the former King’s Fork High School Bulldog will enjoy it by helping the Ravens prepare for the Cincinnati Bengals. Clark made the Ravens’ final roster after the team cut its preseason roster of 90-plus players to just 53.

Clark showcased the skills the Ravens coveted when they drafted him in the sixth round back in April. Because the team has safeties starting in front of him, Clark will have to continue making his name on special teams.