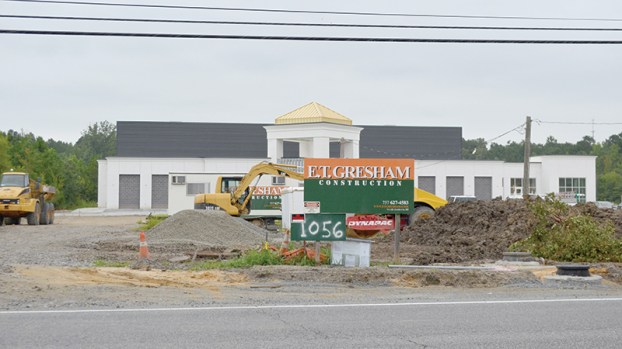 East End Baptist Church will hold its grand-opening service on Oct. 15, just in time to celebrate its 129-year anniversary.

A Suffolk church is on schedule to debut its new location this fall.

Construction of the new East End Baptist Church building is expected to finish by the end of September, according to its senior pastor, the Rev. Dr. Wayne Faison. Exterior work should be finished along with interior furnishing barring any unfortunate weather.

Two services will be held on Oct. 15 to christen the 32,000-square-foot church on Portsmouth Boulevard and recognize the 129-year anniversary of the church. The morning service at 10:30 will be a consecration with a small reception, while the service at 3 p.m. will mark the grand opening and include officials from other congregations along with city representatives.

“It wasn’t necessarily done on purpose, but it should be an even greater celebration,” Faison said.

Construction on the 17.5-acre site began in 2015 to provide more space for about 900 members and 350 that meet on average weekly. The building has been in the works since the land was first purchased more than a decade ago.

Their former location on East Washington Street in Suffolk could accommodate about 450 members. That location was sold to the Balm of Gilead Missionary Baptist Church on Aug. 18.

East End Baptist has since been holding services at Booker T. Washington Elementary School, with Oct. 8 being the final one.

The new location will have seating for 565 members in its sanctuary and accommodate up to 700, including the choir. There will also be fellowship halls, administration wings and 10 classrooms.

The church was designed as a multi-use facility for the community to meet the congregation’s vision of being part of something greater this year.

“The building of the building is not the end in and of itself,” Faison said. “This is a means to a greater end that we believe God has in store for us.”

Faced with a sentencing hearing on second-degree murder and other charges, a Suffolk man chose instead on Wednesday to request... read more