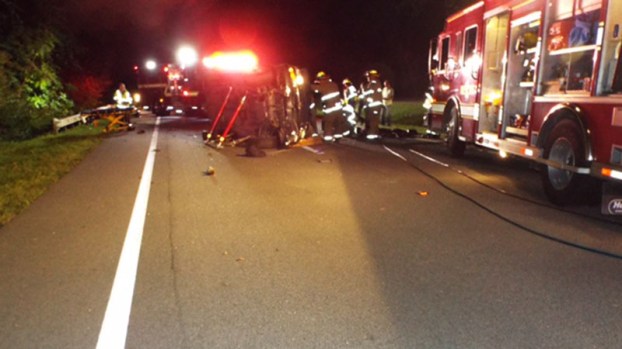 The crash in the 7800 block of South Quay Road near Elwood Road was reported at 9:24 p.m. It was a single-vehicle accident involving a Chevrolet Silverado pickup truck.

Preliminary investigation found the truck flipped several times, ejecting both the male driver and female passenger. Suffolk Fire & Rescue crews extricated both patients, who were trapped under the vehicle. One was taken to Sentara Norfolk General Hospital via Nightingale, and the other was flown there by Life Evac.

Mutual aid was provided on scene by Isle of Wight and Carrsville rescue crews.