A Suffolk man was arrested Monday afternoon after police allegedly found him naked in a busy commercial area. 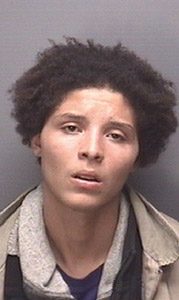 About 4:30 p.m. Monday, an officer responded to a report of a suspicious person in the 1200 block of North Main Street, Klink stated.

“The officer encountered the completely naked subject standing on the sidewalk,” Klink stated. “His clothes were located in a nearby patch of woods.”

Bass was transported to the magistrate’s office, where the warrant for indecent exposure was secured, and he was then released to the custody of the Western Tidewater Regional Jail, Klink stated.

Police are investigating an accident that resulted in the death of a pedestrian Tuesday evening in North Suffolk. The pedestrian,... read more