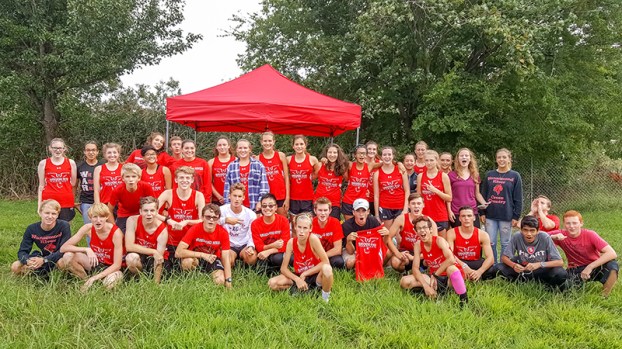 The Warriors’ cross country season has been nothing short of amazing, according to coach Brian Kershasky. He has coached other sports at other schools before coming to coaching cross country at Nansemond River and believes this is the best group of athletes he has ever coached.

“I was very anxious at first, but the team made me feel welcome from the first moment,” Kershasky said about coaching the team. “It has been my privilege to be the coach ever since. I actually might be having more fun than the racers.”

Kershasky vividly remembers at the beginning of the season, where the runners were barely able to get through the warm-up portion of practice. Since then, he has seen his runners break their records.

“It is hard to single any of the runners out, because every one of the racers improved quite dramatically,” he said. “We might not have the 15-minute runners here at Nansemond, but I wouldn’t trade any of my racers to get one.”

Nansemond River will compete in the 5A regional championship race Wednesday at Bells Mill Park. The Warriors may be unlikely to reach the state level, but they have a crop of motivated runners who will continue to try to beat their previous times.

All of the upperclassmen are the fastest runners on the team. Because they are running at a high level, it will be a bit difficult to drop times. Senior Alistair Ortiz has been described as the fieriest runner on the team. He is steadily cutting time down, and he is three seconds away from becoming a sub-18 runner.

All in all, Kershasky is happy to see his team improve the way it did this season and is hoping for a strong effort Wednesday.

“I have watched this particular team go from timid, tired and can’t run a mile without a break to personal record-setting machines,” Kershasky said. “It has been an amazing journey this inaugural season.”

With the regular season ending and the postseason starting, the Lady Bulldogs volleyball team is hoping to extend its season.... read more