Police have arrested one man and are seeking another in relation to a robbery that happened Oct. 8, according to a city press release.

Nigel Rashid Haywood Ward, 19, of Portsmouth, was arrested Monday on charges of robbery, shoot or throw missiles at occupied vehicle, use or display firearm in commission of a felony, and attempt to commit non-capital offense, according to a city press release. He is being held at Western Tidewater Regional Jail.

Police are seeking Jaquan Rashawn Myrick, 20, of Courtland, on the same charges, according to the release. Myrick is described as a black male, 5 feet, 11 inches tall, 160 pounds, with black hair and brown eyes. 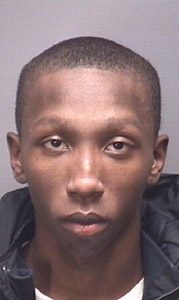 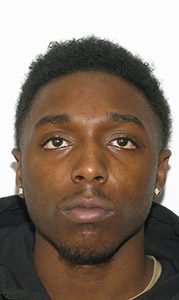 According to the press release, the victim, an adult male, was at a party in the 800 block of Longstreet Lane when two unknown subjects at the party forcefully took two firearms belonging to the victim, threatened him and fired one of the weapons at his vehicle as he was leaving the premises. The victim was not injured in the incident, the press release stated.

Anyone with information is asked to contact Crime Line at 1-888-LOCK-U-UP. Tipsters can also use TipSoft to anonymously submit crime-related tips through the web, a text message or from any Android or iPhone mobile device with the TipSubmit mobile app. Tips can be submitted by visiting suffolkva.us/crimelinetips or by sending a text to “CRIMES” (274637) with the keyword SPDVATIP. Tipsters never have to give their names or appear in court and may be eligible for a reward of up to $1,000.

An 11-year-old girl in the Western Branch community of Chesapeake once again helped those in need this weekend. Ella Shiner... read more