Police on Thursday arrested a 31-year-old Suffolk man on charges of manufacturing marijuana. 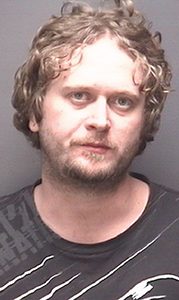 Jeremiah Jacob Betterton is also charged with assault and battery of a family member, strangle another causing wounding and abduction and kidnapping, according to a city press release.

Police arrived at the residence in the 2600 block of Robin Hood Trail Thursday afternoon to serve a warrant relating to a domestic assault that allegedly occurred in the early morning hours on Thursday, according to the press release.

“A strong odor of marijuana was emanating from the residence,” the press release stated.

Police serving a search warrant allegedly found marijuana plants and items consistent with the distribution of marijuana, the release stated.

Betterton is being held at Western Tidewater Regional Jail, the press release stated.