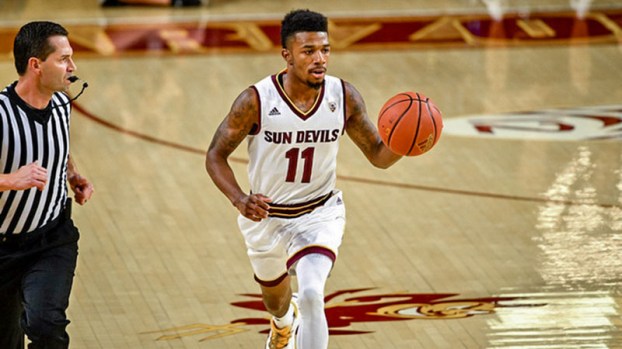 Shannon Evans II recently was named the Pac-12 Player of the Week after two great performances.

The former Nansemond River High School standout plays for Arizona State University, one of the hottest college basketball teams in the country right now. They are currently 9-0 and are in first place in the Pac-12.

On Sunday, the Sun Devils defeated Kansas University on the road. The Jayhawks are 225-11 at their home arena under Kansas coach Bill Self the last 15 seasons. At the time, Kansas was ranked the No. 2 team in the Associated Press Poll. Evans scored 22 points and added five assists.

Because of Evans’ performances against Kansas and St. John’s University, he was named the Pac-12 Player of the Week. He averaged 20 points in the two games, went 8-15 from the three-point line and added 11 assists.

Through nine games, Evans is averaging 19 points per game and 5.2 assists. ASU is currently the No. 5 team in the AP poll and is one of seven unbeaten teams in the NCAA. In his time in the NCAA, he has been named Player of the Week a total of five times. The Suffolk native has helped ASU to one of their best starts in school history.