A surprising bout with lung cancer

Clarissa McAdoo Cannion hasn’t really been able to get the hang of retirement since she left the Suffolk Redevelopment and Housing Authority in August 2016.

That’s because the 20-year housing authority executive director was diagnosed with lung cancer shortly after she retired. Now, she’s cancer-free and developing ways she can be an advocate for those with lung cancer and promote education about lung cancer.

Cannion’s cancer was discovered purely by accident. She started having back pain and went to a doctor, who reviewed previous medical records.

“One of those was a cat scan that had been done when I had an issue with a kidney stone,” Cannion said. 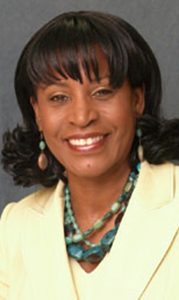 The scan showed a spot on her lung, but her doctor at the time thought it was normal and never followed up on it.

Because the cancer was only at Stage 1, doctors determined that Cannion was a good candidate for surgery. She had half of her right lung removed earlier this year.

Doctors now say there is no cancer, and Cannion didn’t need chemotherapy.

Through the process, though, Cannion discovered some surprising facts — and a lot of stigma — about lung cancer.

According to the American Cancer Society, lung cancer is by far the leading cause of cancer death among both men and woman. About a quarter of all cancer deaths are from lung cancer.

Cannion said she was surprised to learn how common lung cancer is.

It’s also quite deadly. According to the American Lung Association, the five-year survival rate for lung cancer is 55 percent when the cancer is detected while still in the lungs. However, only 16 percent of lung cancer cases are diagnosed at an early stage.

The stigma surrounding lung cancer also was something Cannion had to overcome.

“There’s a stigma around lung cancer to some degree because most people think that you would get lung cancer only if you were a smoker, and I was not a smoker,” she said.

Cannion and her husband, Dwayne Cannion, have come up with a list of tips to help people who may be going through lung cancer and some ways she can advocate and educate people.

The first is not to overlook any signs, Cannion said.

Cannion also encouraged people to ask for a low-dose cat scan at their annual physical if they’re between 55 and 74. Regular screenings for lung cancer, as there are for other types, would help catch more cancer early.

Cannion also suggested people who have been diagnosed with cancer should explore all of their options.

“I did want to get proton therapy, because I thought it was less invasive than having surgery, but I wasn’t a candidate,” Cannion said. “At least I followed through on those other options, so I would go into surgery with an acceptance.”

Lastly, Cannion urged lung cancer patients not to keep their diagnosis to themselves. She did so for a while and later regretted it.

“I think it’s something you ought to share,” she said. “You need a network of people keeping you in the right frame of mind.”

Cannion also eats plenty of green, leafy vegetables these days to take advantage of their cancer-fighting qualities. She attributes her survival to her and her husband’s faith in God.

“You have to have the faith to believe in the power of God and prayer,” she said. “I had faith that I could still plan for tomorrow, that this wasn’t a death sentence.”