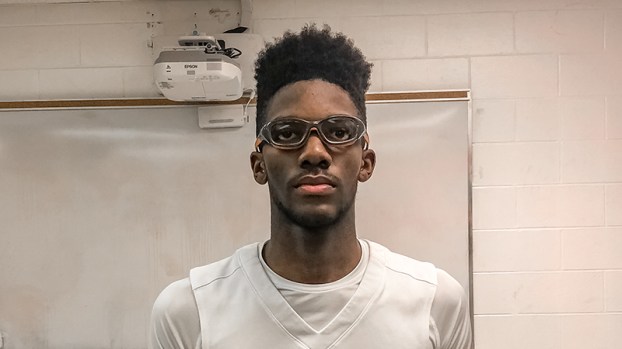 Jaden Freeman was voted Suffolk News-Herald Player of the Week after an 11-point performance which included a game-winner.

Freeman makes a name for himself

Jaden Freeman was voted Suffolk News-Herald Player of the Week after an 11-point performance which included a game-winner.

The Nansemond-Suffolk Academy freshman has already started to make his mark this season. He is a productive part of an NSA boys’ basketball team that is currently 5-1. They have been adjusting to their new coach, Larry Ward, but have been winning games in the process.

“The beginning of the season has been going great,” Freeman said. “I’m extremely pleased with the way my team and I have been playing. We have been coming together as a team, and we are continuing to get used to our new coach. I’m excited about the things we can accomplish as a team this year.”

Freeman, in particular, had an impressive game against conference foe Norfolk Christian. NSA won 43-42 on a last-second shot. NSA was down eight points with two minutes left before Ward told his team to tighten up their defense. From there, NSA went on a run and cut the lead down to one with 10 seconds left to play.

Norfolk Christian had the ball out of bounds, but NSA forced a turnover. They got the ball up the court into Freeman’s hands, and he was able to finish through for what was the game-winning play.

“It was great hustle and defense from the entire team,” Freeman said. “I’m just glad I was able to make a play.”

As a team, Freeman feels NSA is more disciplined, focused and defensive-minded this season. His goal for this season was for the Saints to have a better season than they did last year. Freeman also wants to become an all-conference and all-state player this season.

“I just want to be a better player than I was last year,” he said.

The love Freeman has for the game is what motivates him when he is out there on the court. His family drives him a lot as well. NBA star and Milwaukee Bucks forward Giannis Antetokounmpo is Freeman’s favorite player and someone after whom he tries to model his game.

“I love the way he uses his length to score over smaller defenders and also guard taller players,” he said. “His ability to attack the rim and make plays for his teammates is why I love his game.”

The NSA freshman is a hardworking and coachable player. He believes with his length and skill set, he is an inside and outside threat that can score from anywhere. Defensively, Freeman can play on the ball as well as defend the post.

Away from basketball, Freeman is usually studying or hanging out with his friends.

NSA will be in action again Tuesday on the road at Williamsburg Christian, which will be the Saints’ last game before the new year.

The Bulldogs took their first loss of the season Friday night, going to 4-1 on the season. King’s Fork High... read more