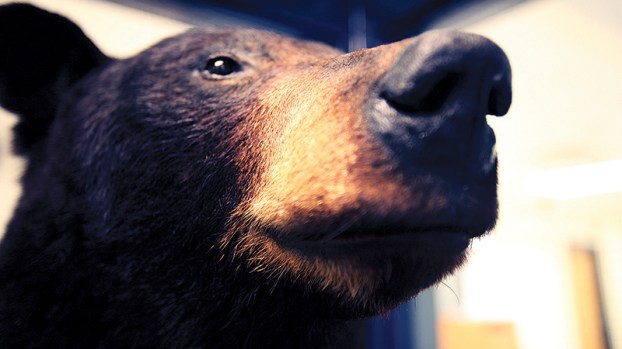 The Bruin is the mascot of Western Branch High School.

The small group of dedicated educators and students who launched Western Branch High School half a century ago can relate to a hand drawn poster on a corridor wall at the school — “Holy Bruin! We’ve hit the big 50!”

In 1962, voters in the former Norfolk County and the City of South Norfolk approved a consolidation that produced a new city — Chesapeake. Six years later, the City of Portsmouth, fearing a landlocked future, annexed Craney Island, West Norfolk and parts of Churchland from old Norfolk County. 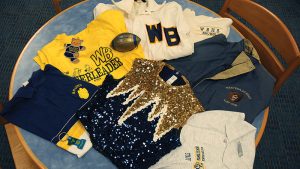 The annexation pulled the Churchland schools into the Portsmouth City Schools and split the student body between that system and the new Chesapeake schools established to house the influx of Western Branch residents who had formerly attended Churchland schools.

The roots of both Churchland and Western Branch High School date to the 1799 Craney Island School, one of the first four public schools in the commonwealth. In 1968, as the annexation deals settled out,

Portsmouth gave the former Churchland Junior High, actually located in what is now Chesapeake, to that city to convert into the first, temporary Western Branch High School. That school opened for the 1968-1969 school year with 1,200 students in grades 6 to 12.

“He was a visionary, “ said Art Brandriff, who left Churchland High to join the new school as an assistant principal, athletic director, physics teacher and head football coach and remained as principal for 38 years.

“Mr. Chittum told us he could see new homes and malls where there were farm fields, and he could see interstates like I-664 running through pig farms in Bowers Hill. On New Years’ Day, he invited all the coaches from Churchland High to his house so he could talk to us about Western Branch and told us growth would come. It was a good dream.”

“People in the community were up in arms — so much conversation and animosity about the annexation,” Movane Smith said. “People lived where they did because of who were teaching their kids. It was so loaded with emotion.” 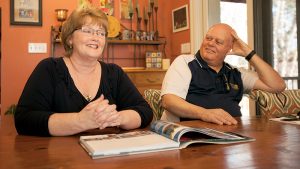 Jimmy Jones and his wife, Nancy, reminisce about their time at Western Branch High School. He was one of the first students to attend the school, and she graduated six years behind him.

Smith came to Churchland High as an English teacher in the fall of 1962 and enjoyed the close camaraderie of the school, but when she received an invitation to join the new high school faculty, she went.

As part of the schools’ split, Portsmouth needed a replacement junior high, and Western Branch needed a new high school that would finally open in 1972.

“The property Western Branch had to build a school on was all slush — farmers had lost tractors in there,” Smith said. “The builder had to build a building that would float. Then when the cast iron pipes in the new building were sinking, they had to be pulled and replaced with PVC pipe.”

Earnest “Rabbit” Howard had been a teacher and coach at Churchland since 1963.

“Churchland was a great school, and the principal, Frank Beck, was a good man,” Howard said. “Word trickled out that the administration was going to recruit teachers and staff. I had a very good basketball team that year, and most of them were coming back, but the Western Branch school was already planned out and impressive, surrounded by athletic fields. It was a tough decision to move from Churchland to Western Branch, but I was married and went for the benefits.” 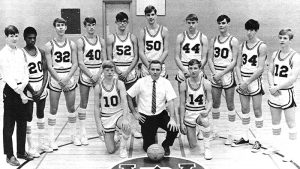 “We used the mimeograph, purple duplicator, simple telephone messages on paper, no voice mail and only a few buttons, “ she said. “I was the hub of the office. Now students and parents can reach the teachers and staff via email, text or direct phone call. Technology is tremendous and wonderful. Back then, students did not have cell phones — we had to confiscate the few they had. There were funny things that happened at school. If you didn’t laugh, you wouldn’t make it.”

Klein made it so memorable that the school office still displays a plaque dedicated to her service. It was, of course, “her” office for 39 years until she retired in October 2008, mere months after Art Brandriff retired.
With a cadre of faculty and staff in place, the next step was to recruit students. Although the district assigned underclassmen according to their home address in Portsmouth or Chesapeake, seniors that first year could choose their school. 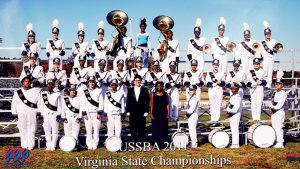 “We were meeting and consulting with seniors in secret, “ Howard said, “But we had a full complement to open the school.”

“Mr. Chittum decided that the African-American kids living in Western Branch would go to Western Branch High, not to their former Crestwood High. We were one of the first fully integrated schools in the area,” Brandriff said

“Everything was new. We picked the colors, mascot, etc., and copied Churchland in a lot of things. But the big challenge was to get everybody on board. At the football games, we could still hear kids cheering ‘Boom Boom Bombers,’ a Crestwood cheer.”

“To start up with a full school was daunting,” Smith added. “But that senior class was outstanding. They had a lot at stake but had the brilliance and the courage to go to Western Branch.”

Jimmy Jones, one of those pioneering students, lived in Western Branch and came from a family heavily involved in the community. His father, Claud Jones, organized Western Branch Little League, Pop Warner, Cub Scouts and more.

Although his father vowed that his sons would never go to school in Portsmouth, the choice to go to Western Branch was still hard for Jones.

“My junior year at Churchland High, we had a very good football team, but Coach Brandriff looked after me at Western Branch,” he said. “We had all of 92 people in our class, and I was president of the class and captain of the football team. It was fun starting new traditions, and we got some of the better teachers. The biggest thing I learned was to compromise. Other people have good ideas, too.”

Jones graduated in 1969, then graduated from the U.S. Naval Academy and became a helicopter pilot. After 28 years in the U.S. Marines, Jones got his master’s degree at Old Dominion University, taught at Crestwood Junior High and then came back to teach and coach at Western Branch High.

Jones had learned how strong Western Branch ties can be while he was serving at the U.S. Naval Air Base at Cubi Point in the Philippines. When he noticed an attractive sailor moving into a suite in the Bachelors’ Officers Quarters, he left a note on her door, asking for a dinner date and mentioning Chesapeake.

The note changed his life. The unfamiliar female sailor was Nancy Blankenship, who had graduated from Western Branch High six years after Jones. Sheer coincidence turned into romance, and, Nancy Jones said,

“We were naming our children by dessert.”

The spirit and confidence of the students, however, has only grown. Jada Terrell, a 2017 graduate,who earned track scholarships to East Carolina University, where she pursues a nursing career and runs short hurdles, long jumps and triple jumps, said “My time at Western Branch was nothing but amazing.”

“I felt so much love just walking through the halls,” Terrell said. “The faculty was always willing to do anything to help people. I was a part of the track and field team coached by Claude Toukene. We captured the state title indoor and outdoor all fours years while I was at Western Branch. I am glad to be a Western Branch alumna. Remember through honor and success, be a Bruin, do your best.”

Western Branch High School kicks off its 50th anniversary celebration with an open house at 2 p.m. Feb. 17 in the school auditorium. Visit cpschools.com/wbh for details.

Familiar face in a safe space