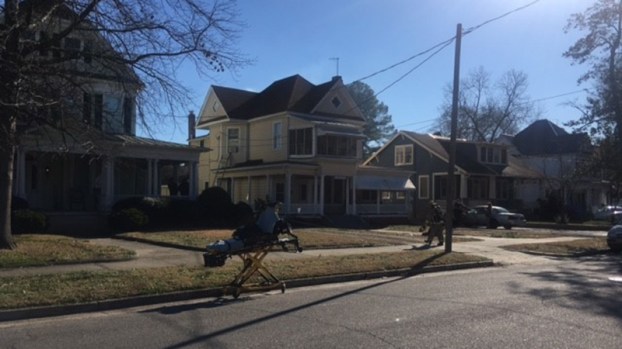 Eight people were displaced from a duplex on South Broad Street Tuesday morning after an electrical fire.

The fire was reported at 11:13 a.m. in the 100 block of South Broad Street, according to a city press release. The first units arrived on scene at 11:17 a.m. and found smoke showing from the upstairs unit of the duplex.

The fire started in the upstairs apartment and extended into the attic, the press release stated. It was deemed to be electrical in nature and marked under control at 11:21 a.m. No injuries were reported.

The residents are being assisted by the American Red Cross, the press release stated.