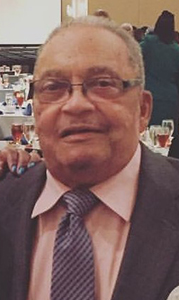 Sgt. Jones served four years in the U.S. Air Force, and he had a stellar career employed for the U.S. government for 31 years. Upon his retirement from civil service, he began working full time as the owner/manager of Albert Jones Real Estate and Income Tax Service. While an active broker, in his later years he was the oldest active broker in the city of Suffolk.

He was a member of Macedonia AME Church and Omega Psi Phi Fraternity.

A memorial service for Ruby Virginia Mullen Styron will be held at 11 a.m. Wednesday, Jan. 31 at Mount Olive... read more