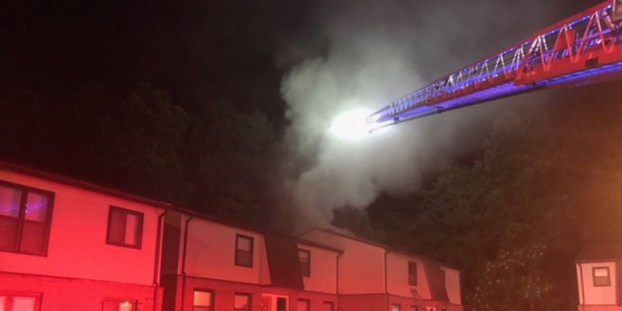 One adult and eight children were displaced by a fire at Hoffler Apartments on East Washington Street early Friday.

Emergency communications was alerted of the fire at 1:06 a.m., and the first units arrived on scene at the apartment complex at 1:14 a.m., according to a city press release.

Heavy smoke was showing from the rear of the two-story complex, and the fire was contained to a second-story bedroom, according to the release. The family had evacuated prior to the firefighters arriving, thanks to being alerted by a functioning smoke detector.

The fire was deemed under control at 1:32 a.m. There were no injuries.

The family was displaced and is being assisted by the American Red Cross.

Responding units included Engines 1, 2, 3 and 4, Rescue 1, Ladders 3 and 6, Medic 3, Battalion 1, Safety 1 and EMS-1. The Fire Marshal’s Office will be investigating the cause of the fire.

Schools could get more money from state

The Suffolk Public School division will receive an additional $550,559 from the state if City Council approves the appropriation of... read more