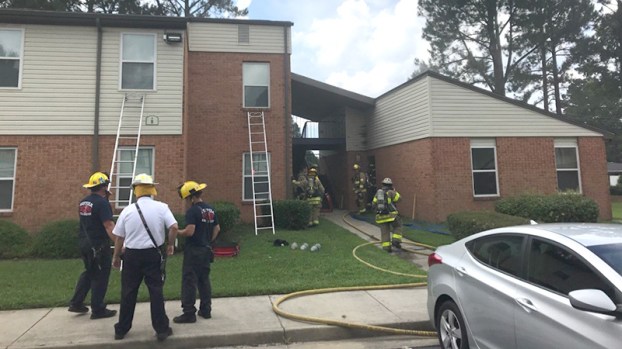 A fire that damaged an apartment at the Wilson Pines Apartments Friday afternoon has been deemed accidental.

The fire was reported at 2:59 p.m. from the apartment complex in the 2500 block of East Washington Street, according to a city press release. The first crews arrived six minutes later.

The two-story apartment complex had heavy smoke showing from the front door and roof of the building when crews arrived. It was later determined to be a kitchen fire that extended into the front room of one apartment. The fire was marked under control at 3:24 p.m.

The single occupant of the apartment was not home at the time, and there were no injuries. Two adjacent apartments had minor smoke damage.

One adult has been displaced and is being assisted by the American Red Cross.