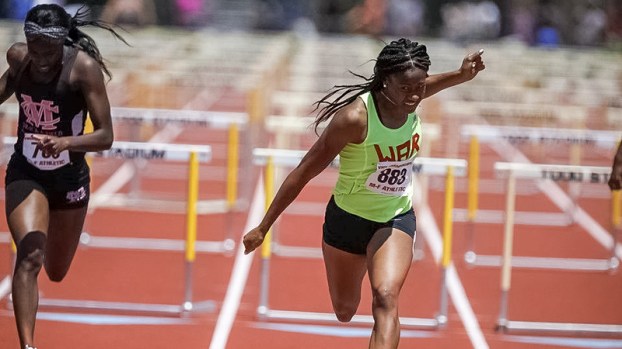 Nansemond River High School track and field school recently finished up a strong outdoor season. At the end of each season, Milesplit lists its All-State standouts for every outdoor event for all teams across Virginia. Both Kori Carter and Daiqwaun Faircloth made the list.

For the girls’ first team All-State list, Carter was chosen in the 300-meter hurdles. She won the Class 5 state championship in the 300 hurdles with a time of 41.28, which is the No. 1 time in Virginia. Back in the indoor season, she was named the 5A Athlete of the Year by the site.

Faircloth earned All-State honors by Milesplit in the 300 hurdles for boys. He too, like Carter, won the state title in that event. His time was also school-record worthy and one of the best in Virginia. Faircloth was considered for both the 110-meter hurdles and the 300-meter hurdles. He also was named Senior of the Year during the indoor season from the site.

Both Carter and Faircloth have been some of the staples of success that Nansemond River has had this season and this year overall. This week, Faircloth was named the Virginia Gatorade Player of the Year. Coach Justin Byron has spoken highly of Faircloth and his progression during the past two years. Byron also joked about how other coaches and athletes around the state and country believe that Carter is a senior every year because of how well she competes. She is now a rising senior.

For the last few years, Nansemond River along with Western Branch High School has been one of the dominant track programs in Virginia. Faircloth will be going on to the college level, while Carter will spend the summer preparing for her senior year.